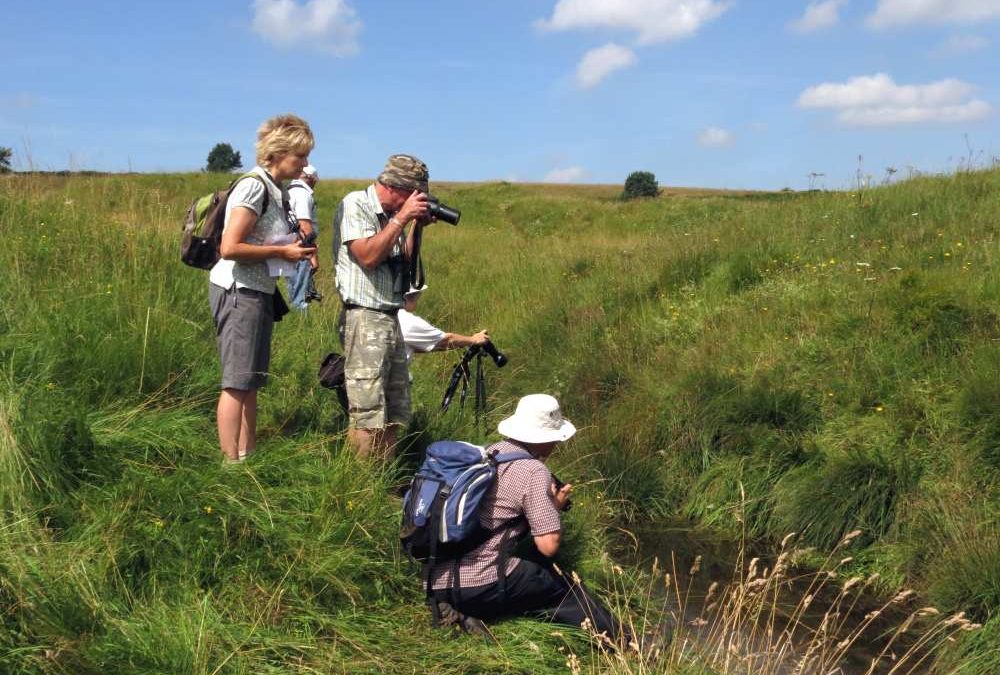 This was a joint meeting between Bath Nats and the Somerset and Bristol Branch of Butterfly Conservation. On a glorious sunny day, 22 of us (about equal numbers from each group) met in Stockhill car park opposite Priddy Mineries. 2 joined us later.

The Mineries is an ancient site, now a nature reserve, having been a lead mine from Roman times to the late 19th century. Because of the lead, it has become a very good example of calaminarian grassland. It is worth googling this, if interested. The trip was promoted as a ‘multiple interest’ meeting to see butterflies, dragonflies, day-flying moths and other insects, birds, and flora including lower plants. There were examples of all of these to see, demonstrating the amazing biodiversity of the site.

Apart from the grassland, there are two pools with reedbeds. After crossing the road, the first 50 yards of grass to the main path revealed many Small and Essex Skippers, Meadow grasshoppers and other insects. Because there was so much to see, it took us two hours to walk less than a mile to and from the southerly pool. The grass verges of the path were covered in flowers.

We passed a small stream where a male Emerald Damselfly and Common Darters occupied our photographers. The pool had a male Brown Hawker scrapping with an intruding Emperor Dragonfly when he was trying to guard his female laying eggs in the side of the bank. Azure and Common Blue damselflies and a Southern Hawker were also seen. 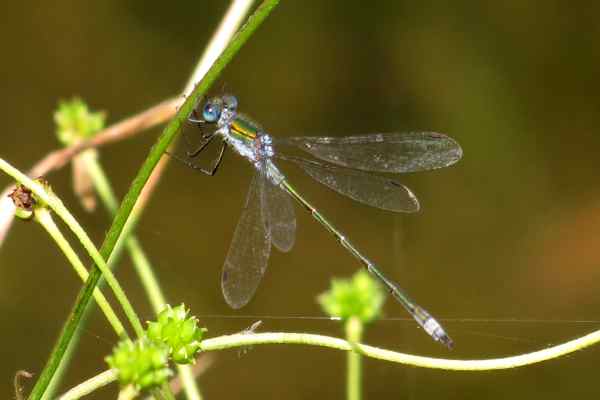 We had a distant view of a Hobby, which likes eating dragonflies, and a Kestrel.

After lunch we walked up behind the car park into mixed woodland on Stockhill. The main path parallel to the road, which was sun-drenched, had trees on both sides, up to the edge on one side and a wide area of grass with flowers in front of the trees on the other. Above the latter were patrolling Migrant Hawkers. Butterflies included Peacock, Red Admiral and several Silver Washed Fritillaries. Some of us saw a pair of the latter linked in copulation whilst flying, which landed on a tree close by. There was a single Dark Green Fritillary.

From there we crossed the road to the Waldegrave Pool, where our only new species, a Four-spotted Chaser, was seen. It was too late for the usual dragonfly species. Moths seen during the day included Scarce Footman, Scarlet Tiger, Mother of Pearl, Shaded Broad Bar, Silver Y, and Red Twin-spot Carpet. Several bee and hoverfly species were also seen. 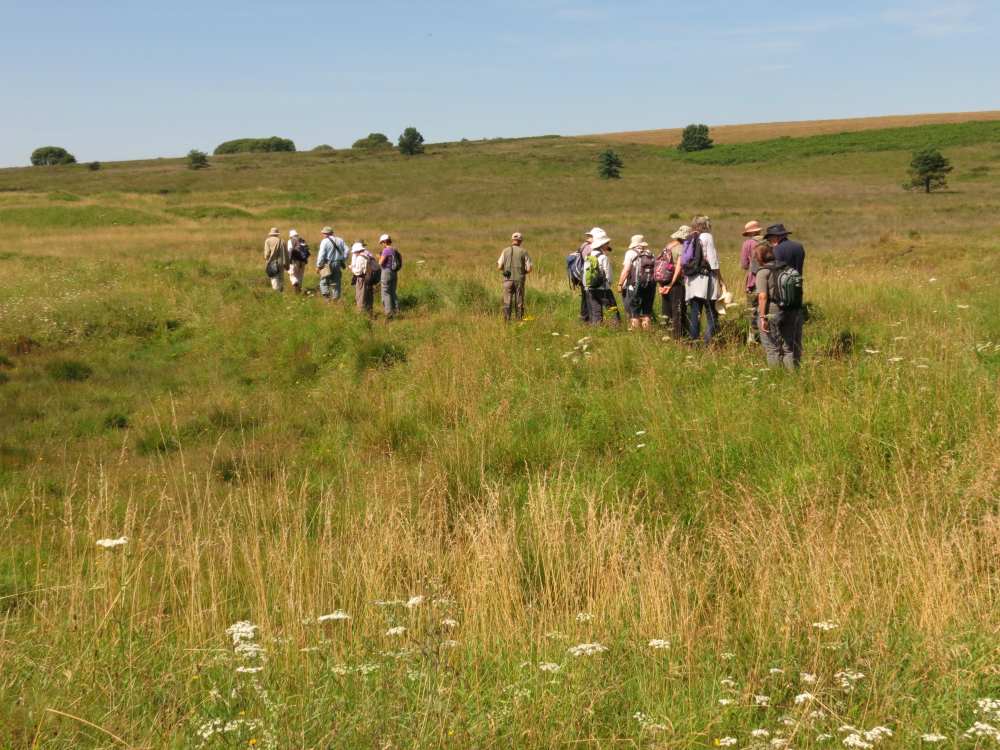