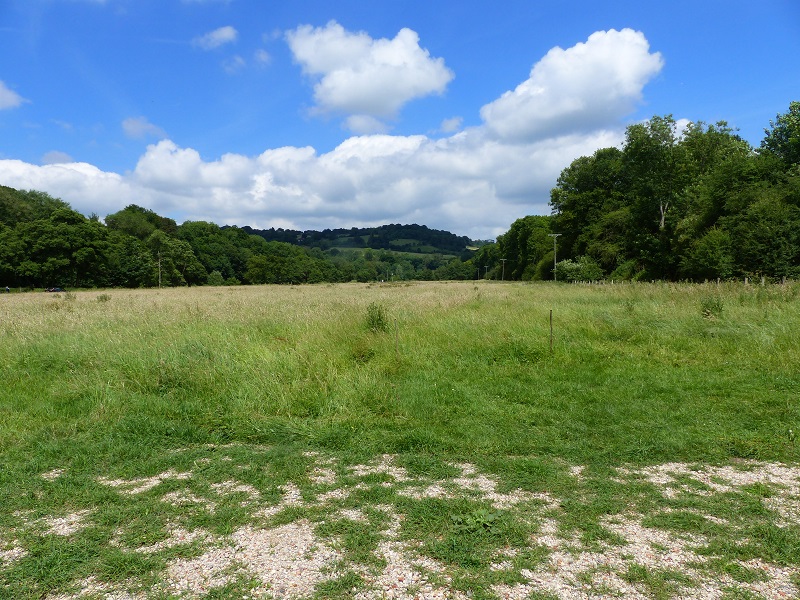 On the morning of a day that started cloudy and became increasingly sunny and warm, Rob Randall, Terry Doman and Alan and Marion gathered together in ‘the garages field’, a brook-side meadow owned by the Avon and Tributaries Angling Association (ATAA). The ATAA are intending to develop this meadow into a nature reserve, with the help of information about its biodiversity supplied by members of Bath Natural History Society’s Biodiversity Study Group.

Earlier in the year we had made a baseline survey of the bryophyte diversity. On this occasion we intended to make a similar survey of the diversity of vascular plants, prior to helping with a ‘natural neighbourhood watch’ meeting for members of the public in the afternoon. These baseline surveys provide us with a sound basis for recognising changes in biodiversity at a site over the years, and how these changes may be related to management practices.

Rob set off on his own to do a ‘walkabout’ survey, while Alan, Marion and Terry did a quantitative survey of plants identified in twenty 50 square metre plots, with the aid of two walking poles and a dog lead. As expected, the highest species numbers (up to 33) were found in plots along the margins of the meadow, while nearly 80 species were recorded overall. Amongst these were some beautiful patches of Meadow Barley (Hordeum secalinum). 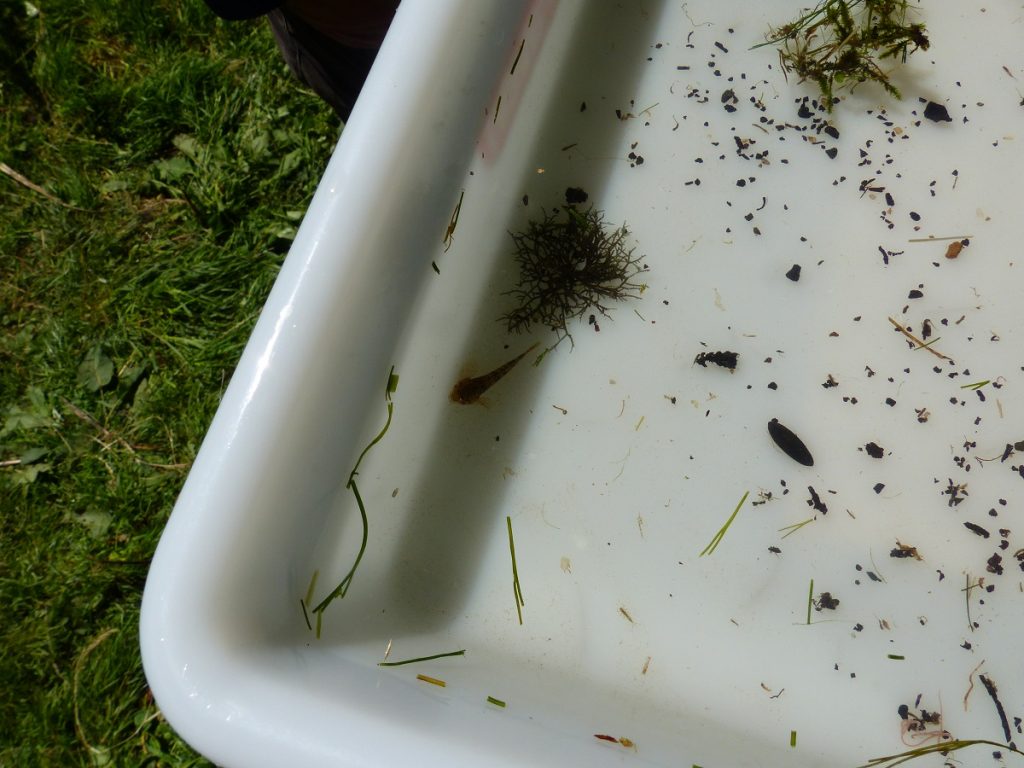 In the afternoon an enthusiastic group of around twenty of us gathered. For our first treat, we listened to Maurice Tennenhaus and his fellow fishermen, as they identified the living creatures that exist in Midford brook and go mostly unseen by us humans. A fishing net was used to sweep samples from the brook. These samples were then placed in a white tray filled with water, so that Bullhead fish, Damselfly nymphs, worms etc., were easy to see, this made identification easier. All these creatures were then counted and recorded as proof of water quality.

We then looked at examples of the varied flora that we had identified during the morning, and especially enjoyed the abundance of butterflies (including Meadow Brown, Ringlet, Marbled White, Comma, Small Skipper, Small Tortoiseshell) visiting the stand of four different thistle species along the east margin of the meadow. One of these butterflies remained very still as we approached, and the reason for this became clear when we got close: it had been bitten by a beautiful Crab Spider lurking within the flower-heads. 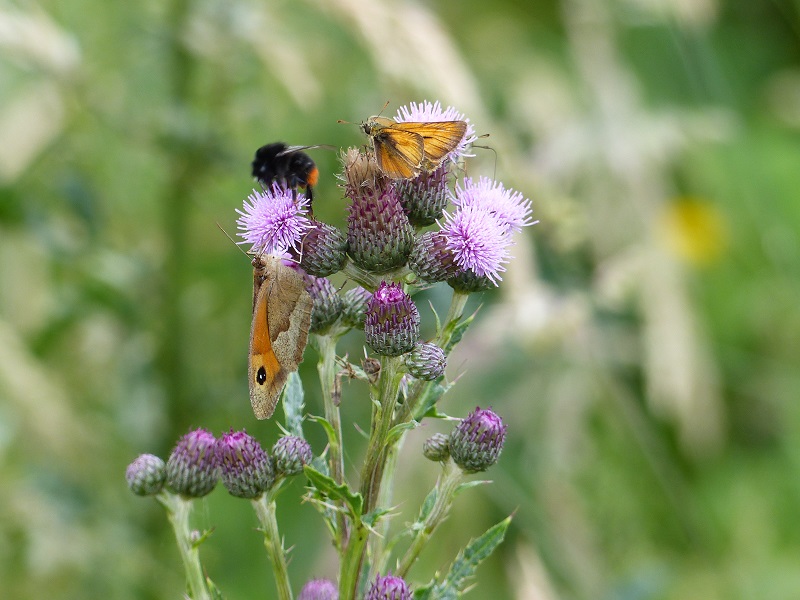 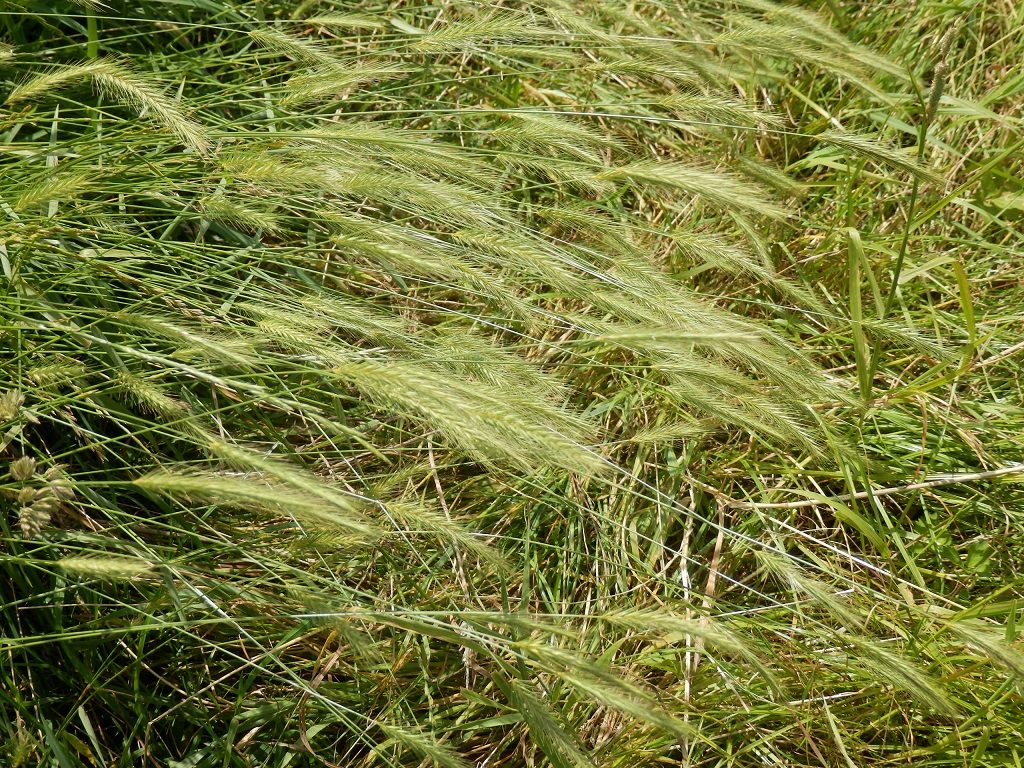