Seventeen Bath Nats members gathered outside the classroom at Friary on a cloudy but dry, rather breezy morning, to be treated to coffee and cake served by hosts Penny and Richard Williamson as well as a labelled display of fungi that I had gathered locally the previous afternoon.

Suitably refreshed and informed, we then set off and explored some nearby log piles, where clumps of Velvet Shank (Flammulina velutipes) provided a shiny splash of fiery colour. Ascending the lane towards the A46 we saw a good variety of fungi of which the star attraction, quite literally, were some pristine Sessile Earthstars (Geastrum fimbriatum) just in the process of emerging out from a bank. Other species on the road bank included glistening Ivory Waxy Caps (Hygrophorus eburneus) and a patch of Pearly Parachutes (Marasmius wynneae). We returned to the classroom for a lovely lunch, which we enjoyed in a convivial circle seated outside. 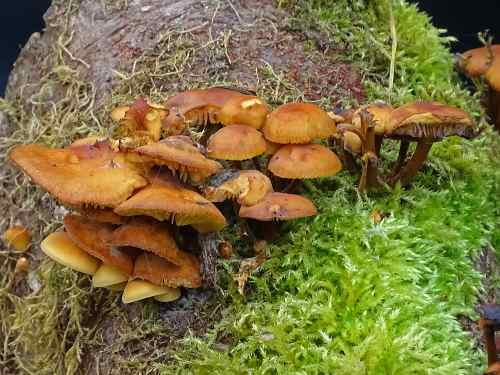 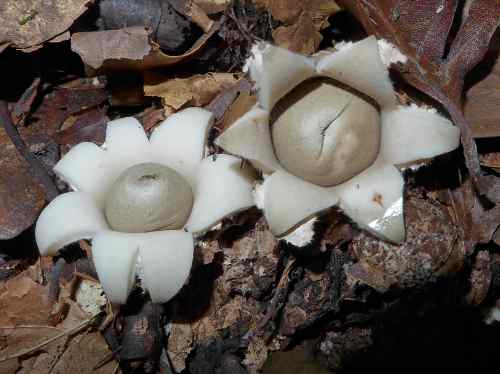 The afternoon began with a steep ascent up the path to the beech woodland north-west of Friary where we found some beautiful Inky Mushrooms (Agaricus moelleri), staining bright yellow at the base of the stem, and a troop of large Webcaps (Cortinarius spp).

Returning to Friary, we assembled under a large beech tree and examined a troop of Beech Knights (Tricholoma sciodes) growing with Poison Pie (Hebeloma crustuliniforme) before setting off along the path south-east into a mixed deciduous and coniferous woodland. Here we found some more colourful fungi, including Sulphur-tuft (Hypholoma fasciculare), a Rosy Bonnet (Mycena rosea), a Tawny Funnel (Paralepista flaccida), some pretty Lilac Fibrecaps (Inocybe lilacina) and a pair of red-blushing Shaggy Parasols (Chlorophyllum rhacodes). 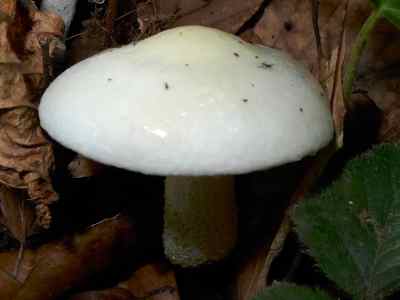 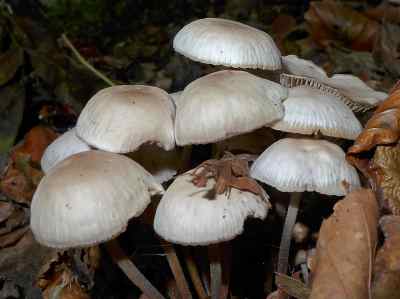 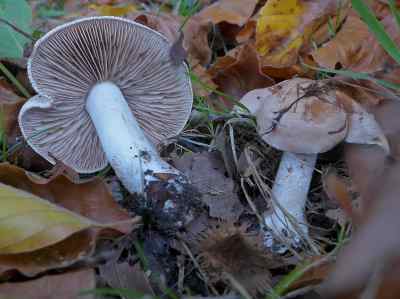 The meeting concluded around 3.20 pm with an expression of thanks to our hosts. It had been a good day and for me it was great to meet some new as well as many old friends who I have missed seeing over the last 18 months. 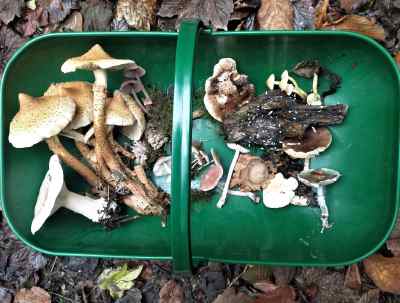 Display of fungi  gathered locally the previous afternoon by Alan Rayner.  Click the link for a poetic interpretation of this photo by Alan  on the Medium website.   Somethingness and Nothingness: The Natural Inclusion of Each in the Otherness | by Alan Rayner | Oct, 2021