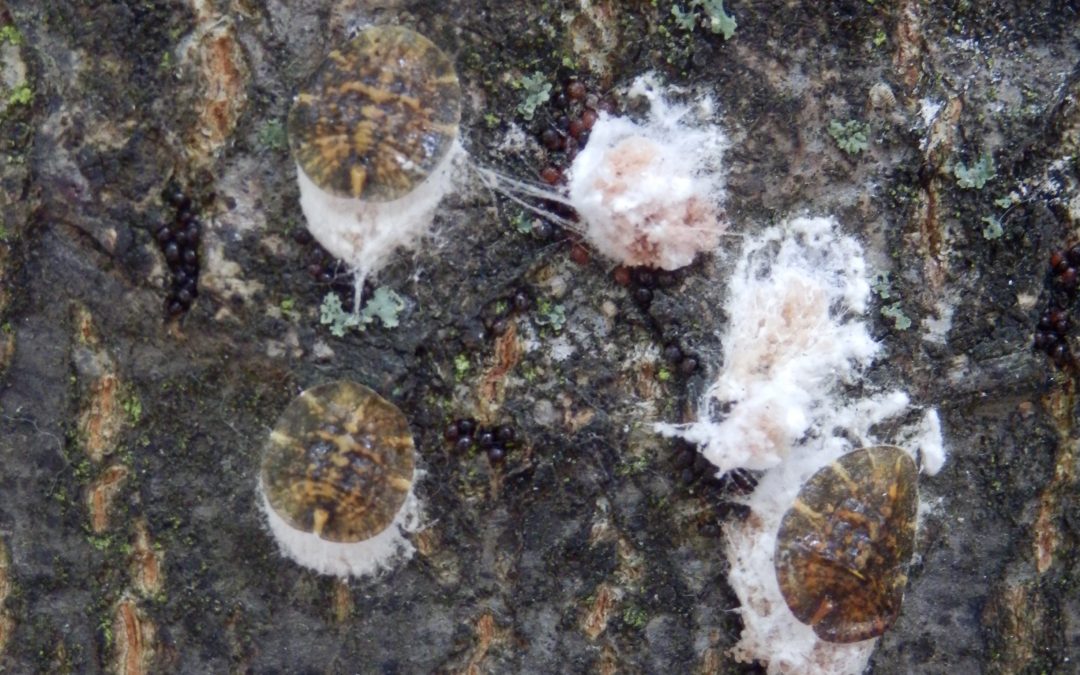 Here are some shots taken by me of Cottony Cushion Scale insect (Icerya purchasi) on the trees outside back of M&S in Bath today.

This scale infests twigs and branches. The mature hermaphrodite is oval in shape, reddish-brown with black hairs, 5 mm long. When mature, the insect remains stationary, attaches itself to the plant by waxy secretions, and produces a white egg sac in grooves, by extrusion, in the body which encases hundreds of red eggs. The egg sac will grow to be two to three times as long as the body.

Newly hatched nymphs are the primary dispersal stage, with dispersion known to occur by wind and by crawling. Early stage nymphs feed from the midrib veins of leaves and small twigs, and do the bulk of the damage.

At each molt, they leave at the old feeding point the former skin and the waxy secretions in which they had covered themselves and from which their common name is derived. Unlike many other scale insects, they retain legs and a limited mobility in all life stages. Older nymphs migrate to larger twigs and eventually as adults to branches and the trunk. Their life cycle is highly temperature dependent, as the length of time in each stage of life is longer in cold temperatures than high temperatures. 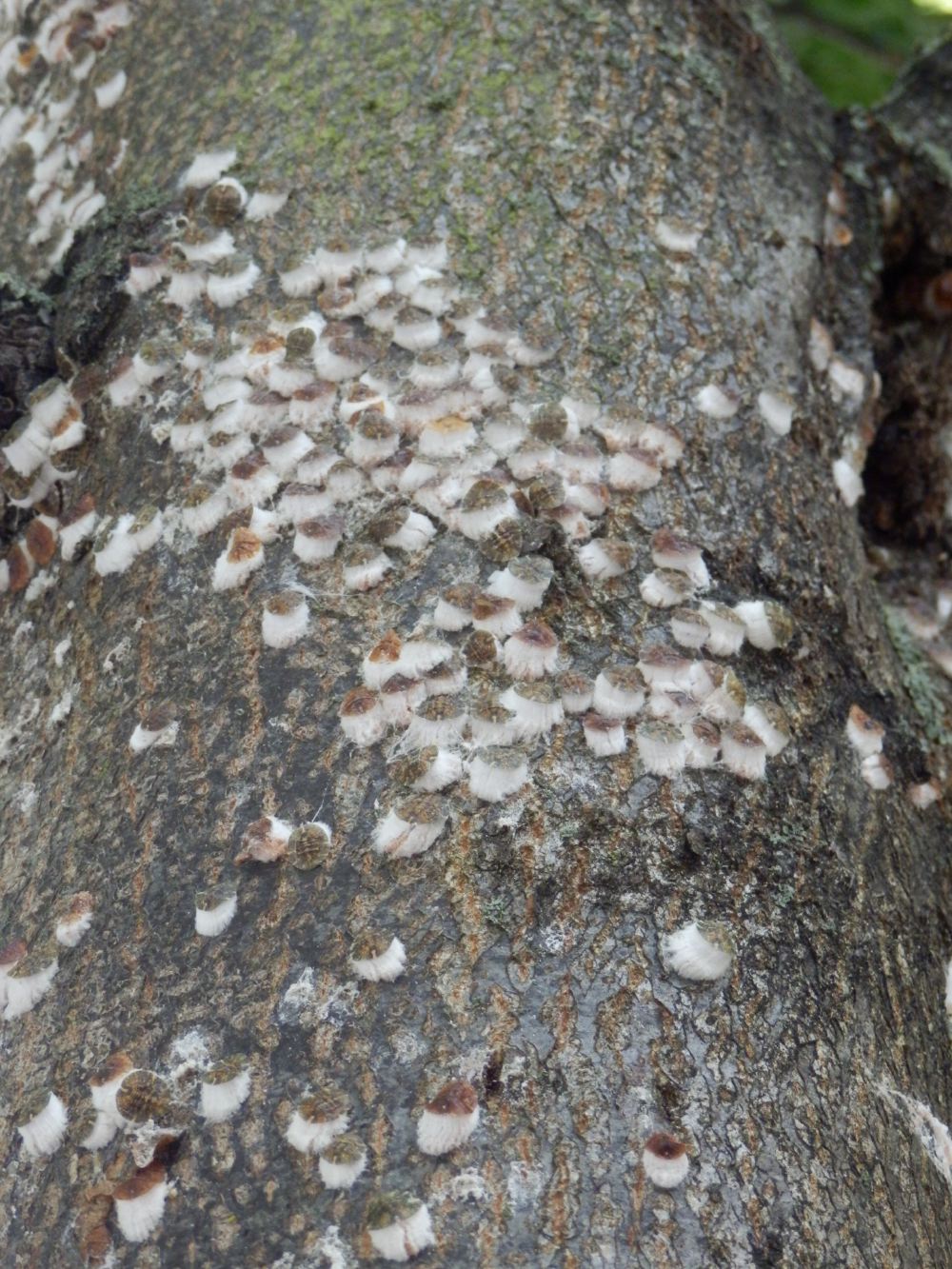