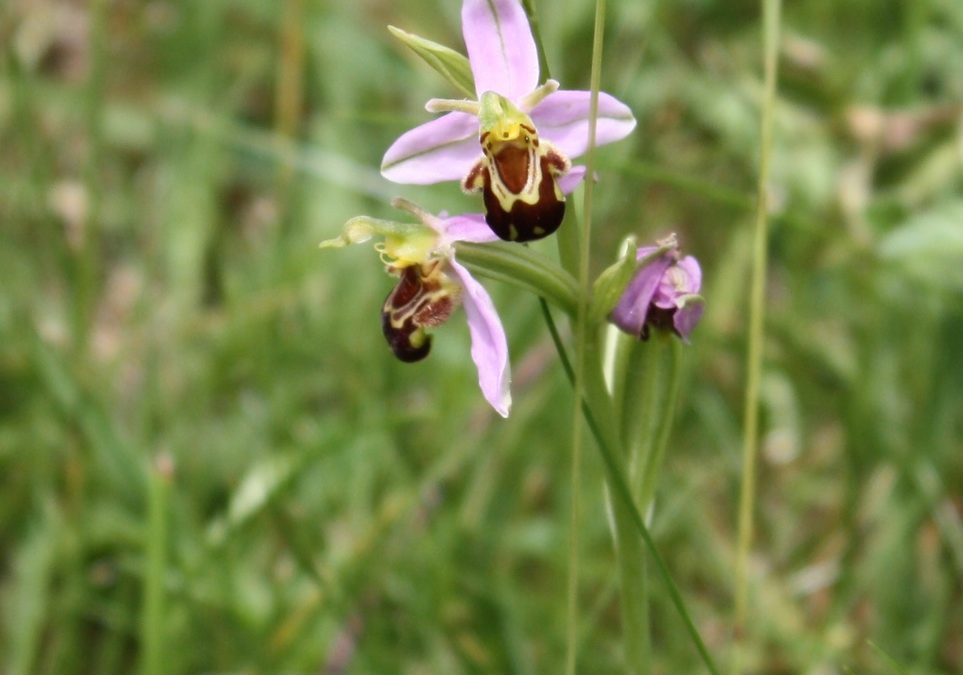 This meeting, a follow-up from April 2014, was attended by 12 members and one grandchild.

Despite the ominous forecast the morning was dry and warm but overcast. We had a circular walk with a variety of habitats including shaded woodland and open meadows, providing some diverse wild life.

We started with the viewing of a deep badger excavation of a bumble bee nest in the lawn at Rowley House. We also examined a multi-use nesting box: firstly a blue tit nest which was predated by a great spotted woodpecker, built in by a wren and then used by tree bumble bees. A puzzling and unexpected toadstool on the lawn was later identified by our president as Agrocybe pediaides or common fieldcap. This is not common and not in our Collins “complete guide “. A Dryad’s saddle ( Polyporus squamosus) was more easily identified. The smut fungi on false oat grass and red campion were also fascinating as were galls on lime and sycamore leaves, which were the result of microscopic mite activity.

The rest of the morning provided a variety of grasses and flowering plants as well as
bryophytes, the latter recorded by Marion Rayner as part of her contribution to a bryological atlas of Somerset.

The many flowers included Bath asparagus, white and black bryony, sanicle and 4 species of orchid :
pyramidal, common spotted, bee (only 1specimen) and a little treasure, bird’s nest orchid, found by Terry Dolman under beech trees where it was difficult to spot.

The mosses were remarkable as always though it remains difficult recalling their names. 21 species of bird were recorded but only a handful of butterflies and moths.

Sadly the 2 1/2 hours went too quickly as each subject needed a morning to itself. 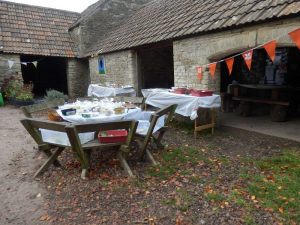 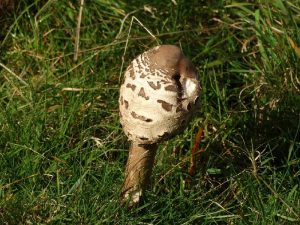