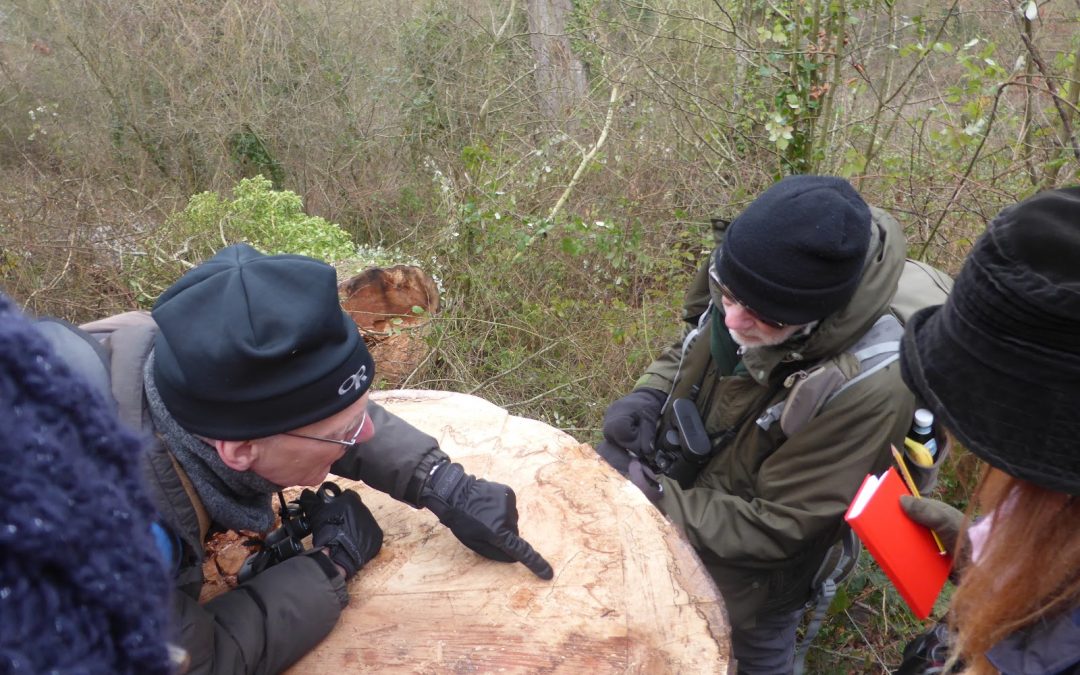 On a bitterly cold winter’s day, twenty members met to explore this small Local Nature Reserve in Twerton, which includes woodland, grassland and a small stretch of the Newton Brook and was designated in 2006 as an “urban fringe” LNR. After admiring the frosted capsules of Clustered Feather-moss (Rhynchostegium confertum) on an old wall, we headed into the east strip of woodland along the top of a steep bank above the railway. Immediately we disturbed a flock of Great Tits and Blue Tits, busy in the trees together with Chaffinches and a Coal Tit. Several Blackbirds were feasting on Ivy berries and we soon saw a Grey Squirrel, a Robin and a Magpie. Beside the old stone steps, a legacy of the garden of Wood House (now demolished), we examined two different species of snowdrops, the common Snowdrop (Galanthus nivalis) and Pleated Snowdrop (G. plicatus) and their hybrid (G. x valentinei). Continuing along the path, we found fruit bodies of Jelly Ear Fungus (Auricularia auricula-judae), admired two more mosses, Tender Feather-moss (Rhynchostegiella tenella) and the dendroid Fox-tail Feather-moss (Thamnobryum alopecurum), then spotted a Buzzard in the trees on the slope just below us. Shoots of Ransoms (Allium ursinum) and Celandines (Ficaria verna) were a tentative hint of spring!

Emerging into grassland, Alan and Marion Rayner showed us another world on branches of an Ash tree: an amazing array of lichens and mosses, including Wood Bristle-moss (Orthotrichum affine)Green Yoke-moss (Zygodon viridissimus), a bright pink parasitic fungus (Marchandiomyces corallines) growing on the lichens, and a tiny liverwort, the Minute Pouncewort (Cololejeunea minutissima), with five-sided perianths, like tiny bishops’ hats!

The west edge of Carrs Woodland has impressive Beech trees along the top of a steep slope above the Newton Brook, with far-reaching views of the hills west of Bath. A “clattering” of Jackdaws flew out of a tree, with a couple of Carrion Crows, to announce our arrival. Several ancient Beech trees have been felled: a large stump gave Alan the opportunity to explain that the tortuous black and brown lines in the wood represent the territorial interfaces between different invasive fungi. We saw the fruiting bodies of the Artist’s Bracket (Ganoderma applanatum), which attacks the heartwood of Beech trees and Beech Woodwart (Hypoxylon fragiforme) growing on dead Beech, and also the Yellow Brain fungus (Tremella mesenterica) which is parasitic on a resupinate fungus on wood. Meanwhile other members spotted a small flock of Redwings and a Jay and a very large bird which was in fact a tree surgeon, high in a Beech tree! We stopped to watch a pair of Bullfinches busy in Alders, heard Greater Spotted Woodpeckers drumming, and some saw a Nuthatch and Song Thrush, and heard a Green Woodpecker. As a reminder that we were in an “urban fringe” LNR, we encountered a lot of fly-tipping at the edge of the wood, and a vast sheet of the invasive alien Three-cornered Leek (Allium triquetrum).

A slippery icy path through rough, ungrazed grassland took us down to the brook, where we saw a Wren and marvelled at the fiery red and orange wood of a recently felled Alder. Alan showed us the delightful Elegant Bristle-moss (Orthotrichum pulchellum) with calyptras like tiny ballerinas’ skirts, growing with the more common Lateral Cryphaea (Cryphaea heteromalla). On a fantastic ancient Ash tree beside the stream, we saw the Shaggy Bracket (Inonotis hispidus). Marion was pleased to find Pointed Lattice-moss (Dialytrichia mucronata) on concrete beside Pennyquick Bridge: this species grows on periodically inundated substrates.

The spoil heap of Pennyquick Colliery has been landscaped and was sown with a wildflower mix, now well established. We admired the wintry remains of Mugwort (Artemisia vulgaris), Teasel (Dipsacus fullonum), Bristly Ox-tongue (Helminthotheca echioides), Ox-eye Daisy (Leucanthemum vulgare), large clumps of Salad Burnet (Poterium sanguisorba) and little tufts of Curly Crisp-moss (Trichostomum crispulum) with hooded leaf-tips. Returning along Newton Road we saw Wood Pigeons and Starlings, a tiny pink flower of Field Madder (Sherardia arvensis) at the edge of the pavement, and on a street tree (a Lime) Alan showed us Small Hairy Screw-moss (Syntrichia laevipila) with wonderful long silvery hair-points to the leaves. During this gentle walk on the urban fringe, we saw at least twenty different species of bird and all enjoyed exploring a little-known reserve not far from the centre of Bath. 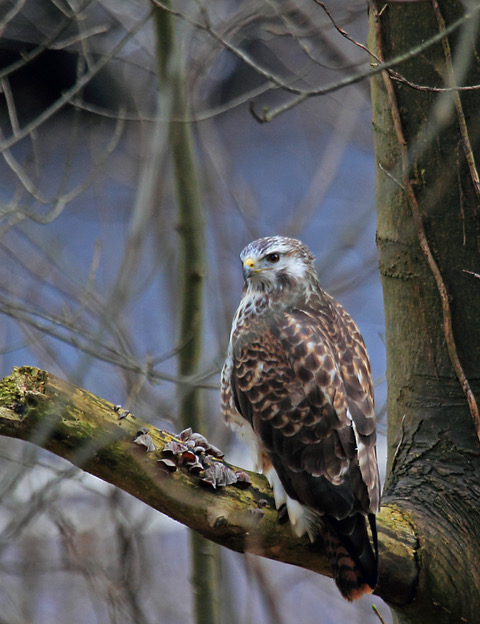 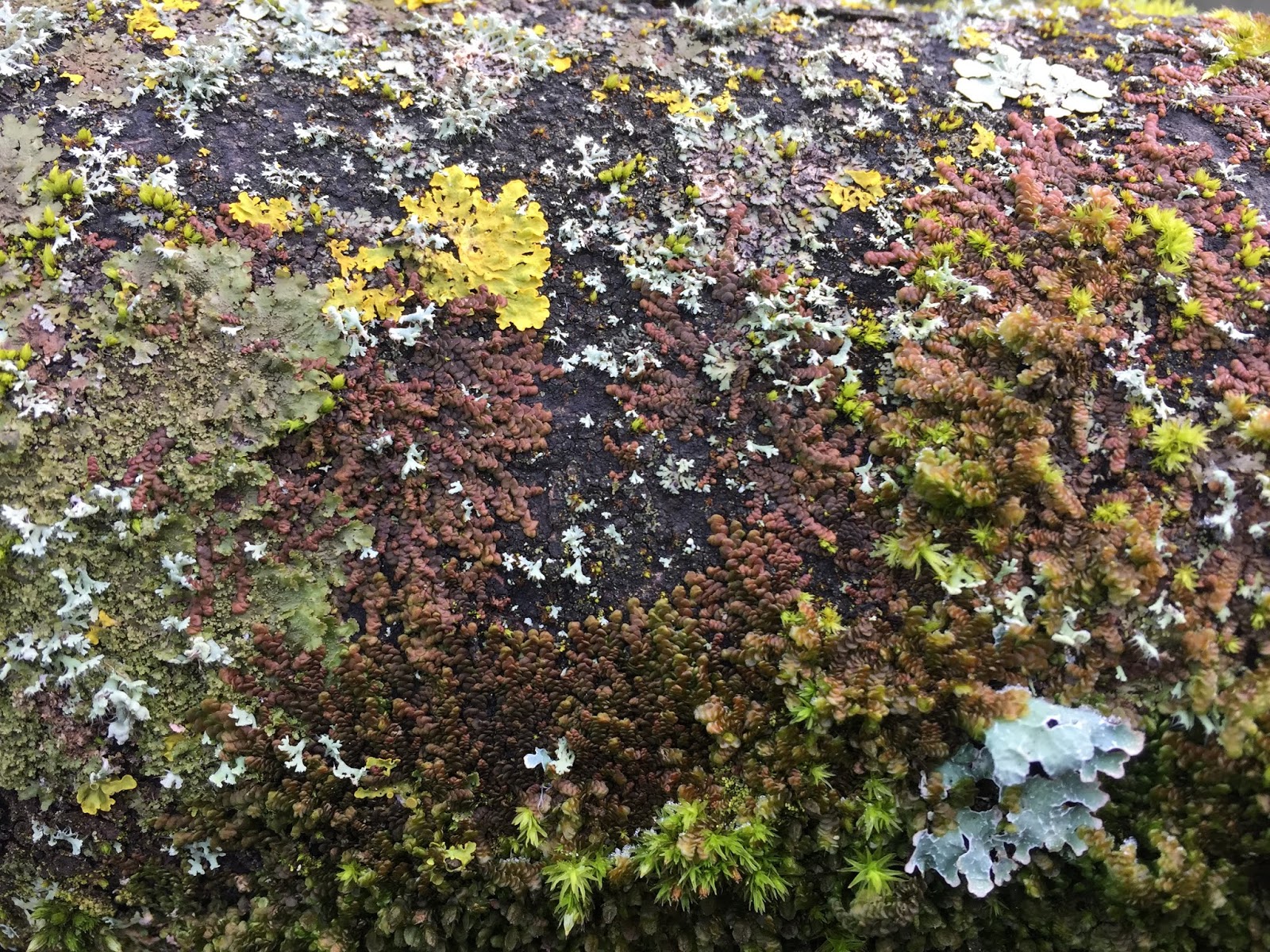 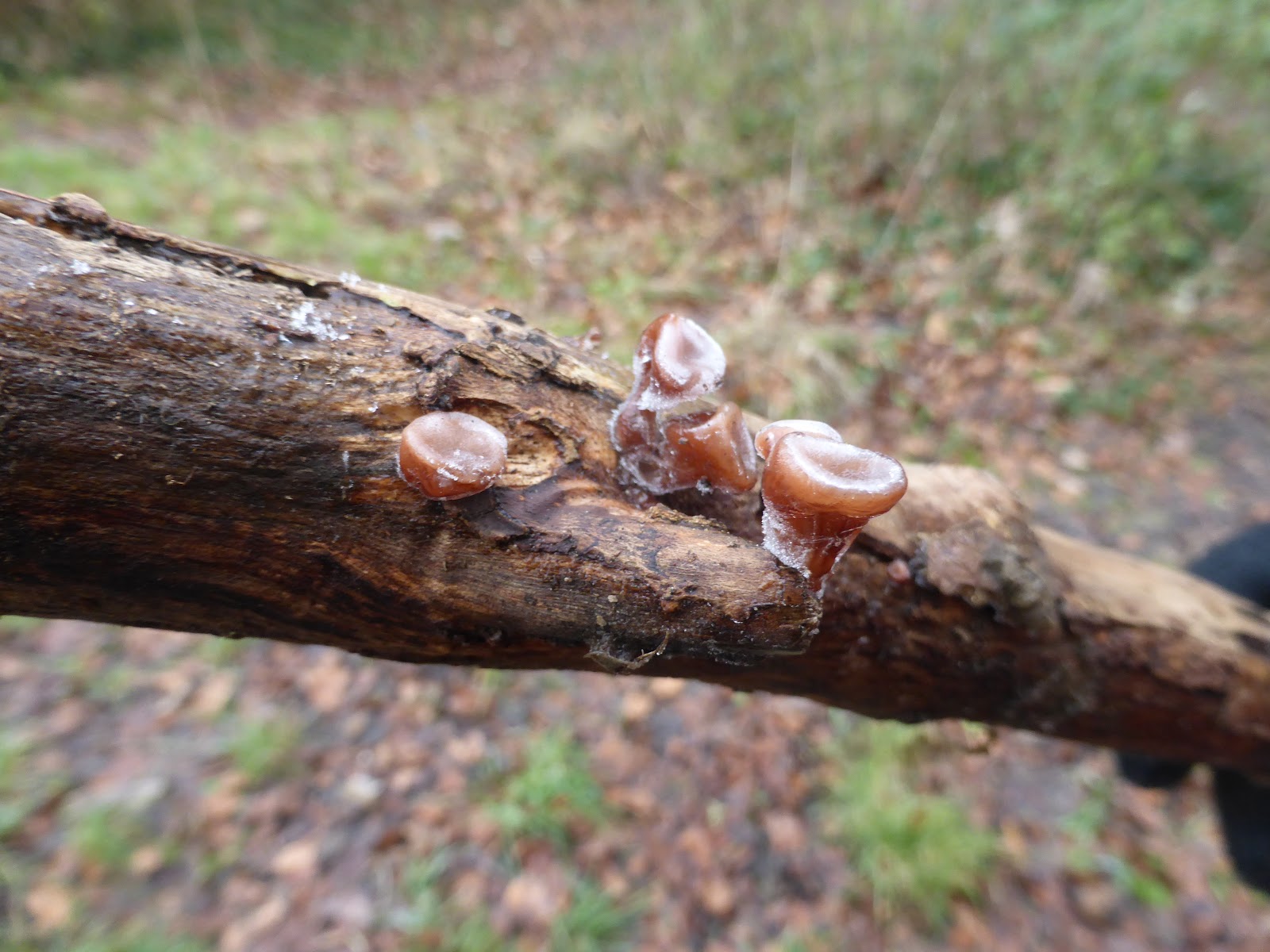