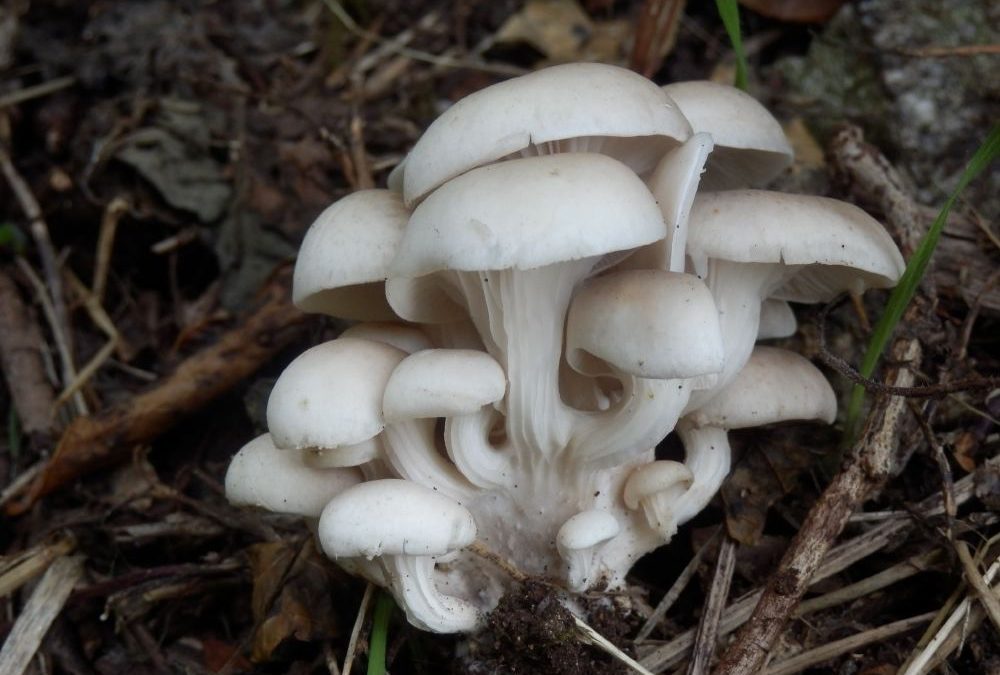 The combination of summer warmth and moisture is beginning to bring some of the larger fungi out into the open. Already we have seen many examples of large Dryad’s Saddles (Polyporus squamosus), but today, during a walk around Castle Combe we were pleased to see a delightful outcrop of Branching Oyster (Pleurotus cornucopiae) around a dead elm tree stump. This fungus became very common after the Dutch Elm Disease epidemic in the 1970s, but has become a much less frequent sight since then. The fruit bodies are characteristically branched, with funnel-shaped caps and gills running all the way down to the base of the stems. 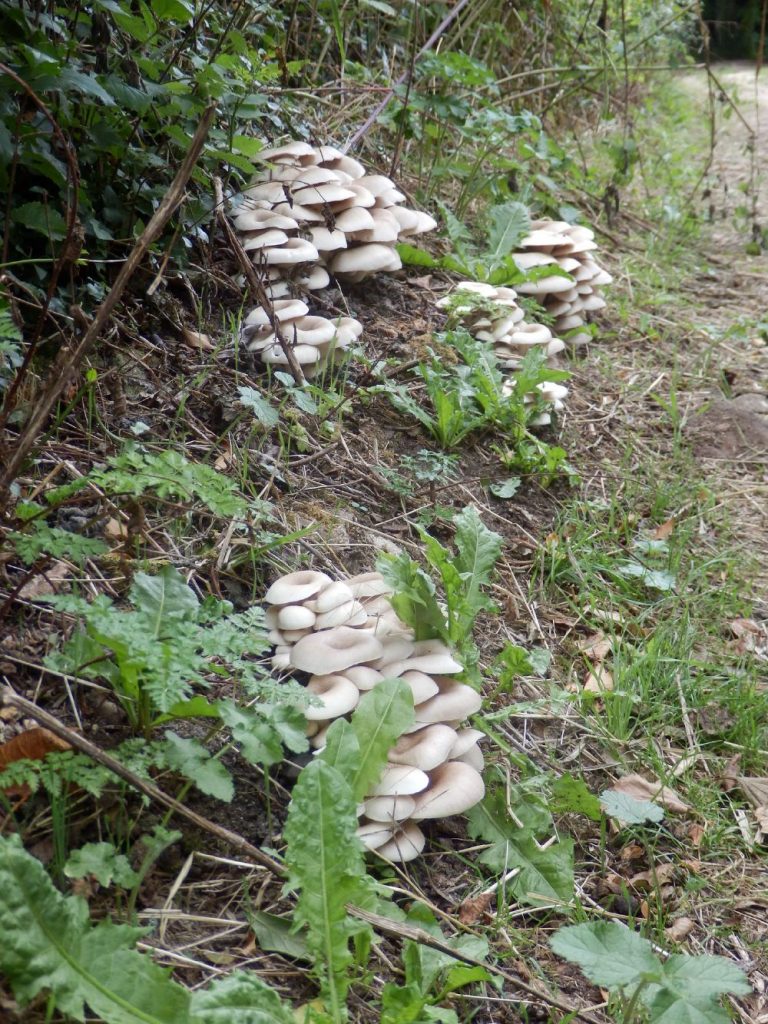