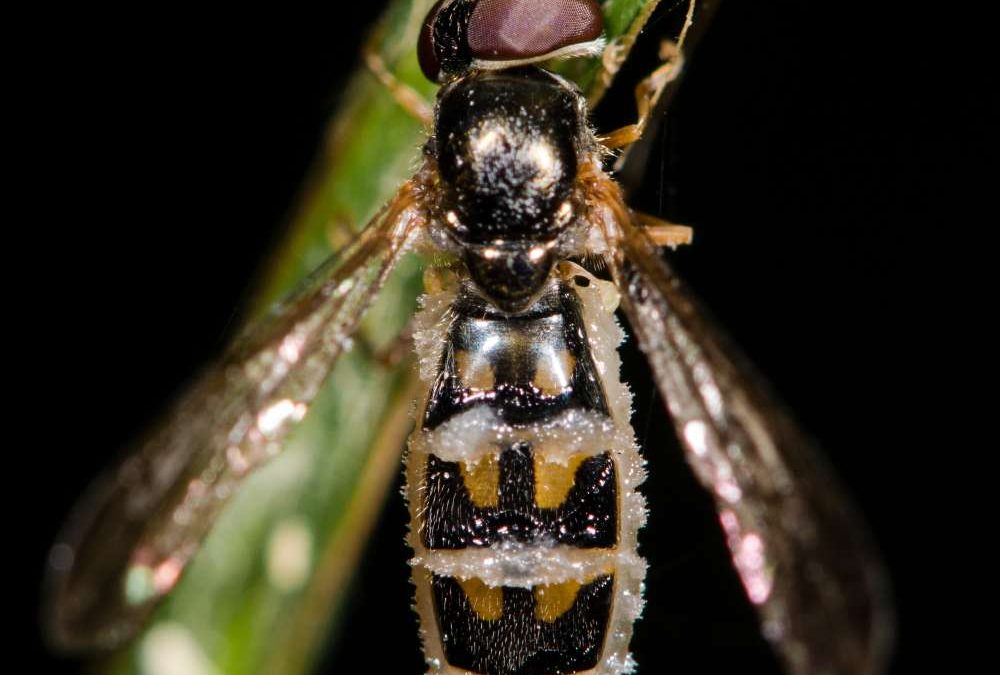 Family: Entomophthoraceae
A hoverfly has become a food source for a fungus. Upon infection, the fungus causes behavioural changes in the host, leading to ascent of a blade of grass before death. This allows the spores to be broadcast widely. The fungus shows itself as the white masses visible between the tergites.
One of many in woodland at Brown’s Folly, near Bath.