Wildlife Walk at the Bath Festival of Nature, 5 July 2016 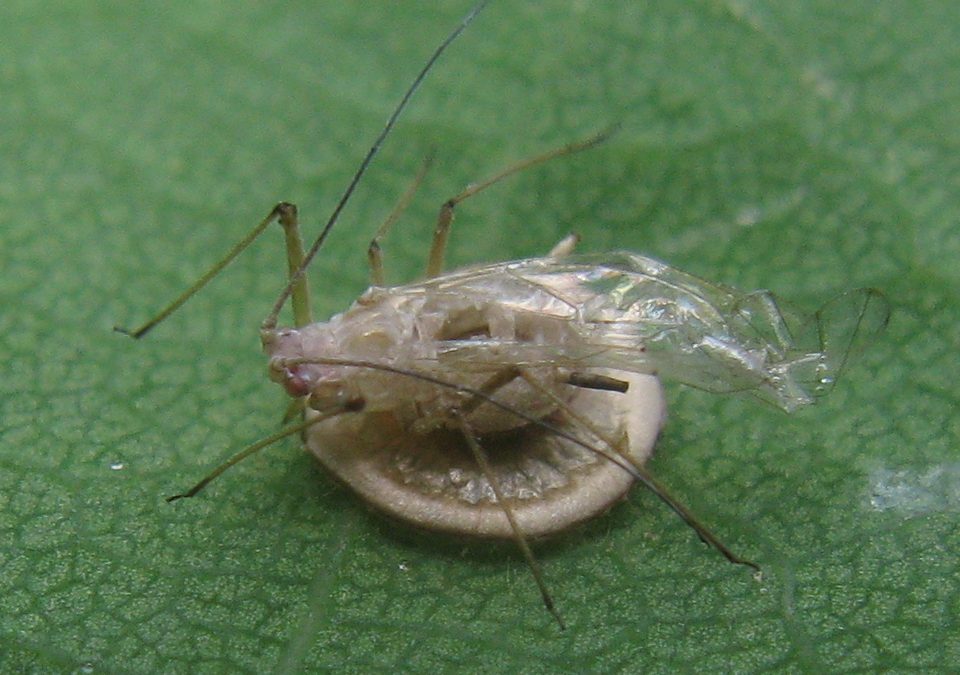 As part of Bath Nats’ contribution to this year’s Bath Festival of Nature in Royal Victoria Park, Marion and I led a group of members of the public on a short ‘Wildlife Walk’ around the area in the vicinity of the Bandstand, where the event took place.

At the outset I made a promise to everyone participating, that they would see something they’d never seen before. Little did I know that promise would apply to me and Marion, too!

On the trunk we found some Cottony cushion scale insects, Icerya purchasi, looking a little like squashed cream buns. Next we visited a grassy sward where some Hoary Plantains were producing their characteristic sparkler-like flowering spikes, with ascending arrays of whitish flowers and pale lilac stamens.

After several further stops to examine newly formed cones of Blue Atlas Cedar and a variety of grasses, including Festulolium loliaceum, a hybrid between Rye-grass and Meadow Fescue, we arrived at an oak tree, where a surprising find awaited us. Examining the undersides of the leaves, we quickly found what we expected, by way of the curious spiky white egg sacs of a tiny spider, Paidiscura pallens, but in addition to these were some little disc-like structures, each of which had the carcass of an aphid attached to it.

After several wide-of-the-mark misidentifications, we eventually identified these as being produced by a tiny parasitic wasp, Discritulus planiceps, whose larvae leave the hollowed shell of the aphid from below, to pupate in a disc-like cocoon.

After several more stops, we ended the walk with a visit to a Round-leaved Cranesbill plant to admire its spectacular maypole-like fruits. I think a truly eye-opening experience was had by all present.

The Festival of Nature Event itself was very successful for Bath Nats, despite ending literally with a thundery bang and downpour. Our display stand attracted many visitors and good conversations, and sixteen new members signed up. Thanks go to Alan Feest, Janine Scarisbrick, Glen Maddison and Rob Randall for their help looking after the stand, and to David Goode, who led another Wildlife Walk during the afternoon. 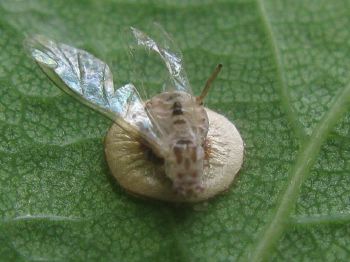 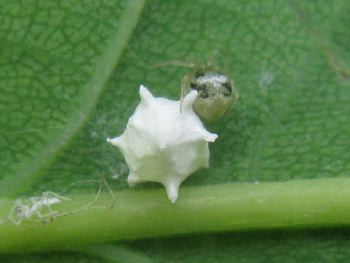