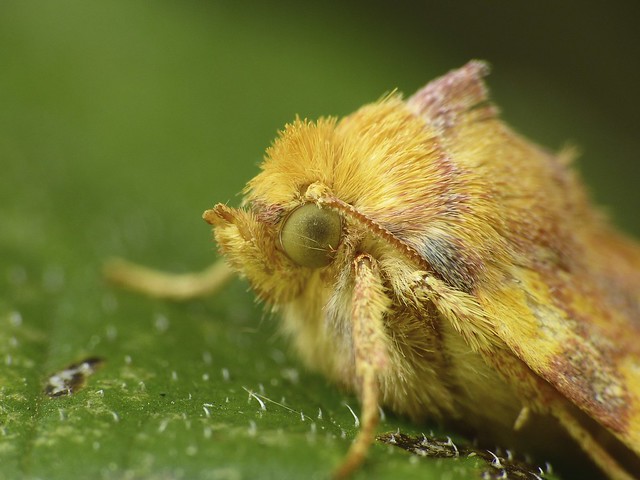 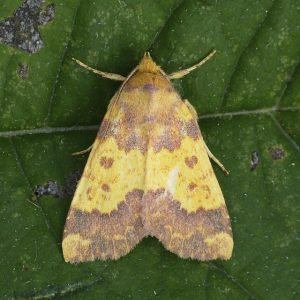 Barred Sallow (Tiliacea aurago), Combe Down, Bath 4-10-2015
Wingspan 27-32 mm.
Mainly distributed in the south and south-east of England, it occurs locally as far north as northern England.
It inhabits wooded valleys, downland and southern heaths, and flies in September and October.
The larvae feed on beech (Fagus) or field maple (Acer campestre), at first on the buds and subsequently on the flowers and leaves. 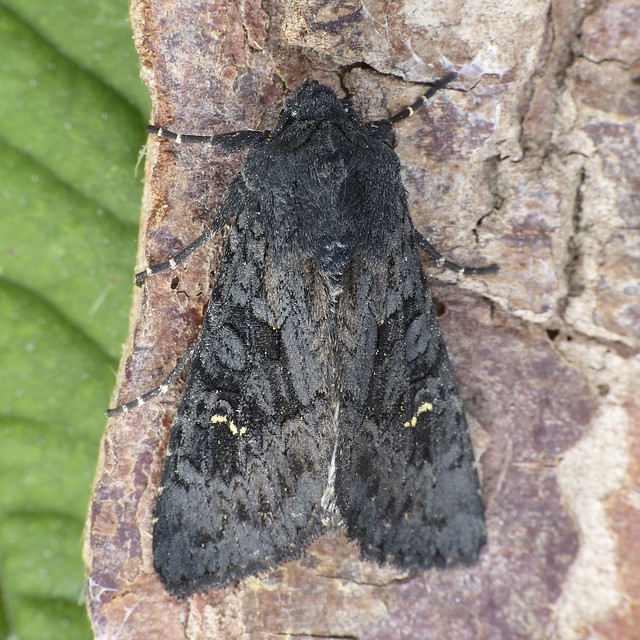 Black Rustic, Combe Down, Bath 4-10-2015
Wingspan 40-46 mm.
A rather long-winged species, with little variation from the blackish-brown ground colour and whitish stigmata. The males have white hindwings, the females more dusky.

In Britain the species is common in the south, with a scattered distribution northwards, mainly with a western bias, into Scotland, where it is widely scattered throughout. Mainly coastal in Ireland.
The adults fly in September and October, occupying heathland and downland, and the larvae feed on low plants such as heather (Calluna) and dock (Rumex), as well as various grasses.