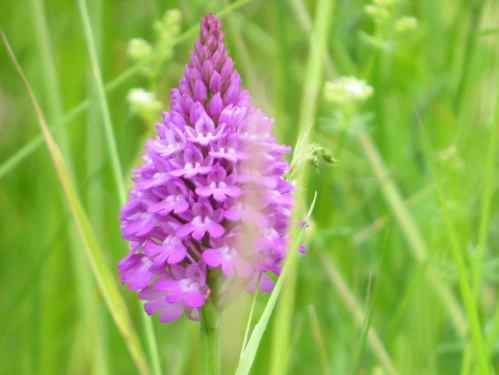 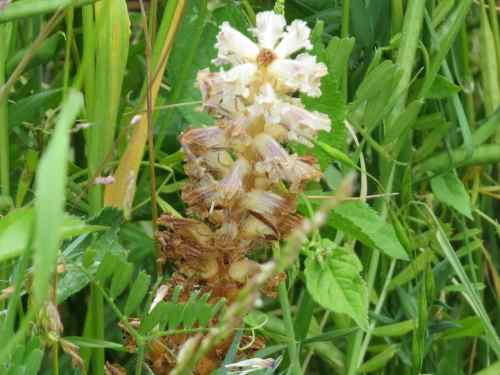 Finally, after what seemed like months of cold, great, breezy conditions, the weather finally changed, and we were treated to a lovely, very warm though slightly breezy day.

I met 6 others, at the base of Roundhill, and proceeded up the northerly slope to the summit, finding a nice array of wildflowers as we ascended, including quite a number of Common spotted orchids. We then saw our first butterfly’s of the day, with Large Skipper and Meadow Brown being the first sightings of these species this years for most of us, as it seems everything is at least a fortnight behind schedule. Continuing up the slope we found Restharrow and Ribbed Mellilot, which harboured a couple of Five-spot Burnet moths and the first of many Burnet companion moths. These moths seemed to be everywhere, so good numbers were seen.

We proceeded over to the south side, noting an increase in Birdsfoot Trefoil and sighting our first Common blue butterfly of the trip, a stunningly fresh male.

Terry pointed out an area of Mouse-eared Hawkweed, the pale yellow petals with pink undersides and long leave-less stalks being the characteristics. Swifts were screaming overhead, and we watched a pair of Buzzards displaying further down the valley.

Continuing down the South side a sighting of both Dingy Skipper & Small Heath were added to our butterfly list with Red Admiral and Large white showing well. The predominate moths on this side were Grass Rivulet but I couldn’t catch one to show the others, as the warmth of the day made invertebrates extremely active. I did however, manage to catch an almost half-grown Roesel’s bush cricket showing the distinctive creamy ‘horseshoe’ shape on the side of the pronotum which is a good ID feature.

Both Chiffchaff & Greenfinch were singing, the latter on top of an Ash tree at the top of Roundhill. Among the beetles that were present, the most showy was the metallic-green Thick-thighed Flower-beetle that was found on many of the yellow flowering species of plant including Buttercup and an interesting Sawfly was found and subsequently identified later by Mike Williams as a female Phylloecus linearis which was present in small numbers on the heads of umbellifers. We made our way along the road where we spent time enjoying the un-mown embankment, which was full of Bedstraw, Agrimony, Salad Burnet & Ox-eye Daisys, though the Scabious and Knapweed was still at the non-flowering stage, which probably accounted for the lack of Marbled-white butterflies. A Broomrape presumed to be Common was also found along with just a single Pyramidal orchid, which was a nice way to end our walk. 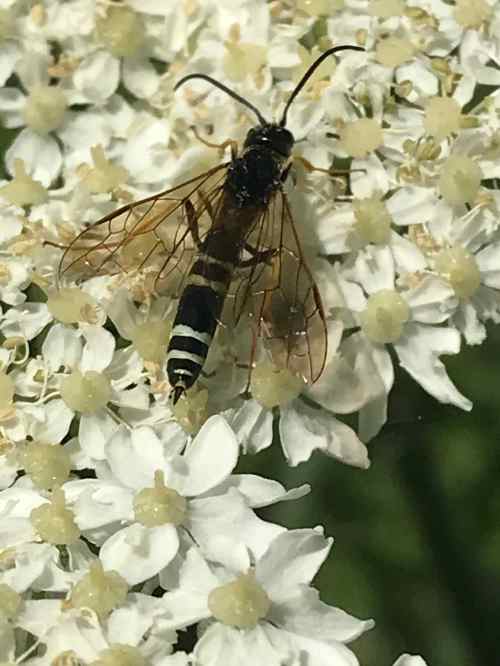 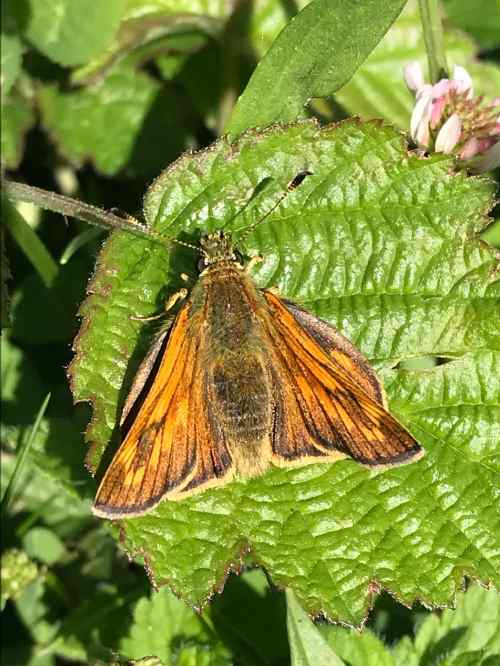