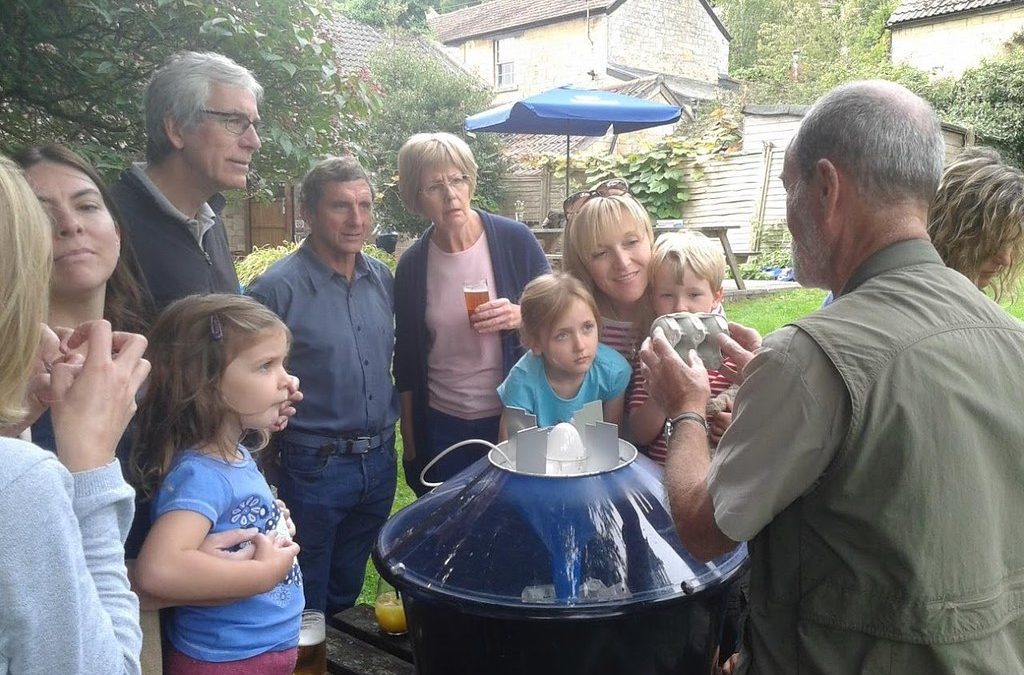 On Saturday 12 September Richard Pooley came along to The Hop Pole Inn in Limpley Stoke to set a moth trap for the Limpley Stoke Moth Day being organised by the Freshford and Limpley Stoke Environment Working Group (FLEWG).

The contents of the trap were examined the following morning and were kept safe until the pub opened at midday. Although it was a pretty small catch by experienced mothers standards (37 moths in total, of 7 species) it didn’t matter. We had a great turnout of local residents, including many families coming along to see the moths.

With 25 Large Yellow Underwings sitting happily in the trap there were plenty of moths to pass around. The children who came were thrilled with the experience of being able to hold the moths and watch them fly away into the trees and bushes. Many people have since commented on what a great afternoon it was. We at FLEWG are very grateful to Richard, without whom the event wouldn’t have been possible.