16 members joined the leader on a sunny spring morning to explore the local by-ways. While the group was assembling, a Red Kite flew by, no longer a rare sight around Bath. Although billed as a botanical walk, there was much else of interest. 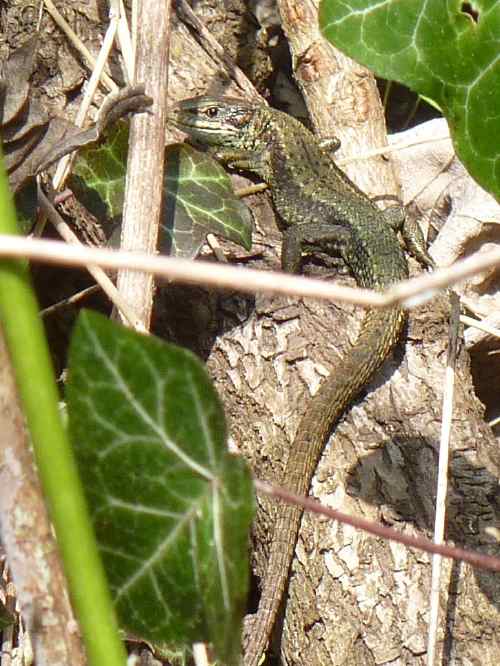 Chiffchaffs were back in residence after their winter break and many other birds were heard or seen including: Chaffinch, Greenfinch and Goldfinch, Mistle and Song Thrush, Great Tit and Nuthatch. Where the Wellow lane crosses the lane from Dunkerton the Rooks were attending their rookeries and on a steep sunny bank in the village a Common Lizard was basking in the spring sunshine.

After negotiating road works associated with a new housing estate the party descended the original lane to Combe Hay. Although it is now a track it is actually a stone road that was never surfaced with tarmac and the old surface was plainly visible in places.

The hedges were lined with Blackthorn and by a few bushes of its hybrid with an old variety of Damson planted or bird-sown in a nearby hedge. Plum flowers are quite large and those of the hybrid are intermediate in size. Another character that helps distinguish them is that Blackthorn flowers are in large clusters and appear before the leaves do. Flowers of the hybrid are in more open clusters and the leaf-buds break at about the same time. The flowers of plums are solitary or in small groups and the leaves are beginning to unfurl by the time the flowers open.

The banks were not as rich in wild flowers as the leader remembered: one of the local farmers now uses much larger vehicles and the banks have been worn away in places. Sweet Violet, Early Dog Violet and Common Dig Violet were in flower and the leader explained the differences between them. Sweet Violet grows in tufts and produces runners each year so does not necessarily rely on seed. The Dog Violets by contrast lack runners. 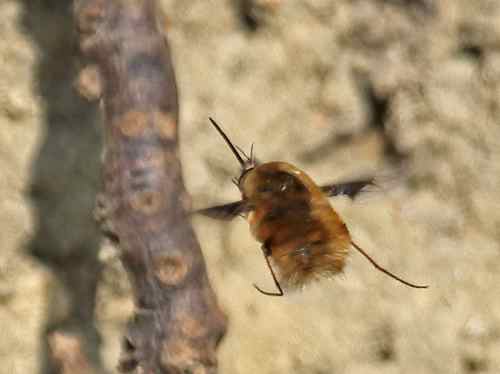 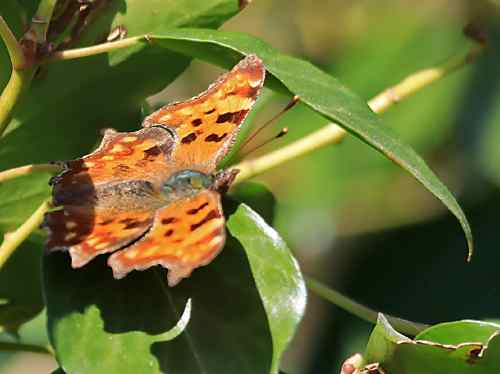 Violets and Primroses were being visited by Common Bee-flies, which sip their nectar through their long proboscis. Single Comma and Small Tortoiseshell butterflies were also visiting flowers for their nectar but there was no sign of the Brimstones which had been quite numerous a few days earlier. On a sunny bank in the village there was a large active colony of mining bees but they were not identifiable from photographs. 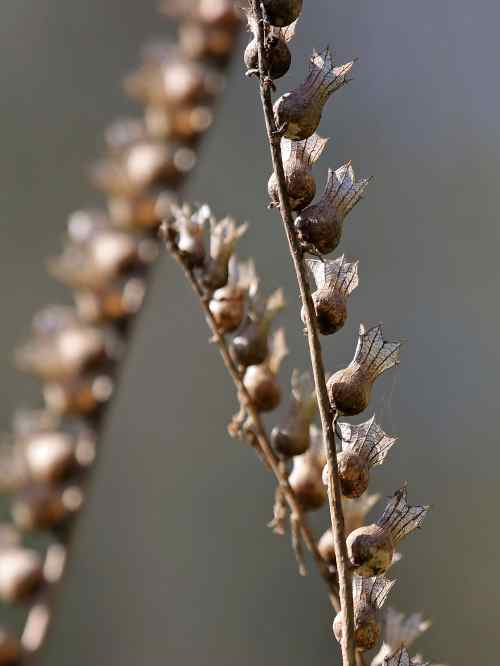 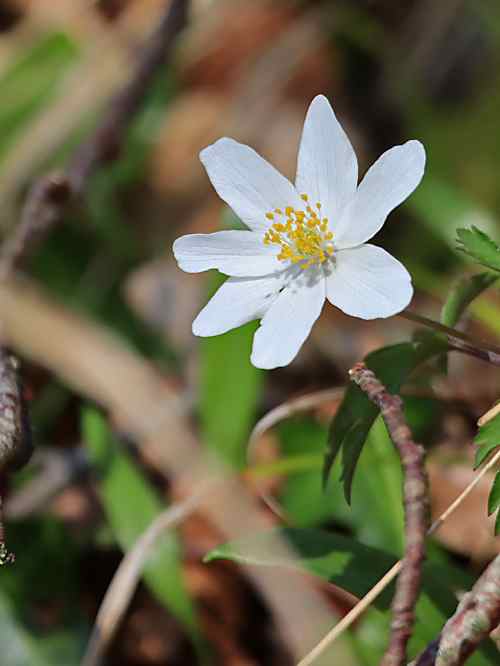 The route back also made use of an unmetalled road, one which was probably the original road from Odd Down to Wellow. Near Week Farm there was a large pile of soil and rubble which was dominated by plants of Hemlock, but also a large colony of Henbane that had flowered the previous year. This species is rarely seen these days but was once quite often seen growing around farmyards and dung-heaps. It is a relative of Deadly Nightshade and deadly poisonous. It does not produce berries so is unlikely to harm humans but as its name suggests, it is not good for chickens.

The final stretch was up through a field that had once included a spring, now mostly dried up, to the small Beech wood on the brow of the hill, where Wood Anemones were beginning to flower.