Fourteen members and friends gathered in the car park at the Wildfowl and Wetland Centre on a rather overcast morning, where we were welcomed by the incessant note of a migrant chiffchaff and the distant call of a greenshank . We made our way quickly to the Zeiss Hide to see the high-tide roost of waders.

Fortunately we were the first people to arrive at the hide so we had plenty of room. We were rewarded by small flocks of dunlin and ringed plover, which also included a couple of curlew sandpipers, the first of the autumn. Other waders elsewhere around the lagoon included two green sandpipers, two snipe, a small group of ruff and scattered groups of lapwings.

A flock of Canada geese occupied the island, together with a solitary spoonbill. Ducks included teal, mallard and gadwall. Two herons stalked the water’s edge. Some of us had a brief glimpse of a peregrine. 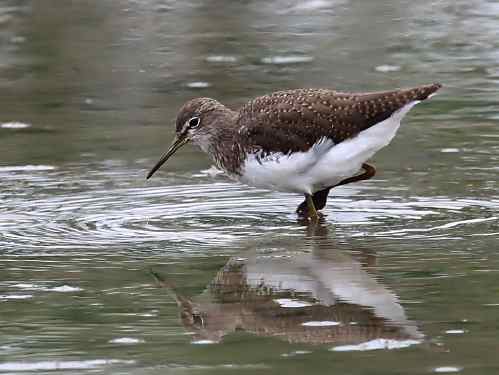 From here we walked among family parties enjoying other attractions, arriving at South Lake to find a scattering of black tailed godwits (photo at top of page) and lapwings, small numbers of ruff and another green sandpiper. We were told that a wood sandpiper had been seen earlier.

Three cormorants perched on wooden posts and we were all delighted when a kingfisher suddenly alighted on a post just outside the window. Sadly it flew before anyone could catch a photo. Numerous ducks included a flock of shoveler. For those of us living in town it was nice to see starlings. 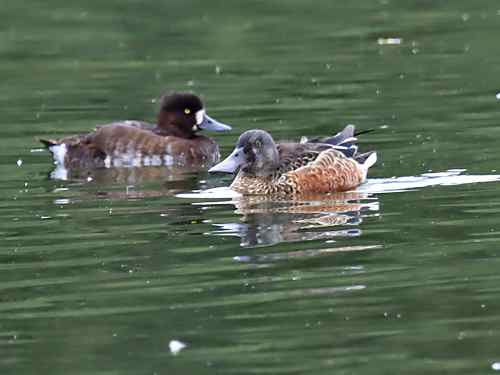 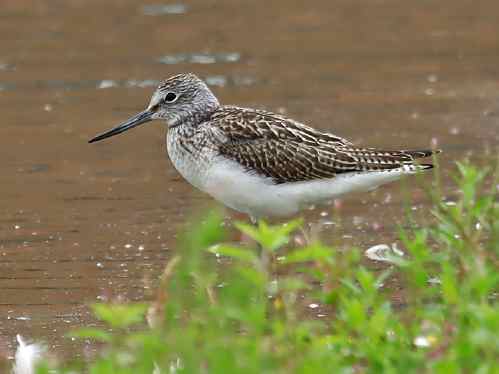 We decided to have lunch in the comfort of the Peng Observatory where there were new waders to see on Rushy Lake, including several avocets, a group of redshank together with a couple of spotted redshank which aided comparisons, and a single greenshank that dropped in briefly. A sparrowhawk caused a flurry of action.

A brief walk took us to the new Estuary Hide which provided a wide vista of grazing marsh, salting and river. Though inconspicuous at first many curlew were feeding on the grassland. At least seven cranes were widely scattered. Distant flocks of barnacle geese included a Ross’s goose, an oddity from north America which was thought to have escaped a collection. A kestrel hovered nearby and we were pleased to see a yellow wagtail. Swallows and house martins were feeding over the ponds.

Before leaving we returned to South Lake in the hope of seeing wood sandpiper, all to no avail, but there were some nice parties of redshank, and again a few spotted redshank in various stages of moult to winter plumage. A quick tally of species totalled 59 for the day.