I was joined by 13 members on a bright and breezy morning for 5 hours of birding in this wonderful wetland habitat. The 2 hours or so before lunch were spent on the Shapwick NNR and we saw and heard a good variety of species, the first notable one being Bullfinch. I picked it up on its soft single note call, and, as invariably is the case, we saw a male and female quite close together; the male at one point, perched up in a bush, its red breast gleaming in the sunshine against a blue sky. He was shortly followed by a male Stonechat in the reeds and bull rushes. 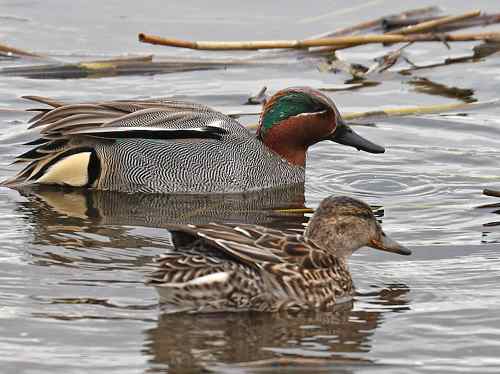 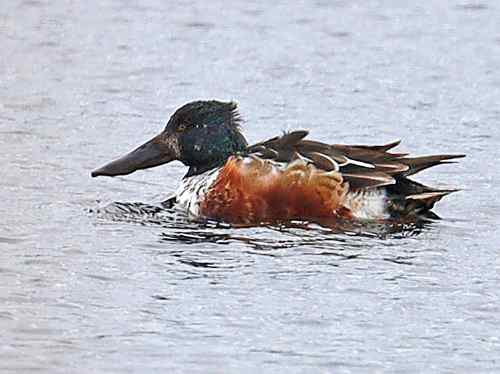 It was not too long before we located a female Marsh Harrier, a species that we encountered on and off during our visit and it was great to finally get a good view of a male from Noah’s Hide, where we spent about 30 minutes or so scanning through the large flock of Wigeon to find a few pairs of Pintail and Great Crested Grebe. As always, there were Canada and Greylag geese, Mute Swan and Cormorants. Two Grey Herons sat in small islands of reeds, seemingly having constructed a nest in a small bush, much the same as do the Great White Egrets on both reserves (we saw a pair investigating the patch of reed bed as we headed back to the Shapwick car park.)

We spent about 10 minutes or so watching and listening to the chattering of a small party of Siskin feeding in the alders on our way back to the main track from Noah’s Hide, and most members managed views of the males with their black caps and the striking green and yellow plumage. A few of us saw and heard a Goldcrest. The large pool viewed from the track was again full of Wigeon, with Shoveler, Gadwall, Coot and Tufted Ducks. Water Rails squealed occasionally from the reeds, alongside some bursts of Cetti’s Warbler song and calls. Our final notable species before breaking for lunch was Raven; a pair gliding over the track, who, eventually gave us a couple of “kronks”. 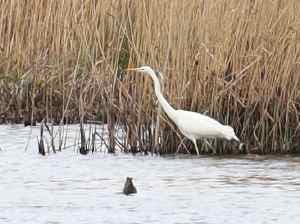 After a fairly leisurely lunch at the picnic tables, we meandered along the track to Viewing Platform 2 and returned via the lower grassy path adjacent to Loxton’s Loop and called into Tor View hide, before getting back to the car park about 15:00hrs. As expected we saw species encountered on Shapwick, including Marsh Harriers and Great White Egret. We did add a Little Egret for good size comparison, enjoyed close views of Teal, Little Grebe, Moorhen, Pochard, Common Snipe and Lapwing (photo top of page © Richard Bottle). 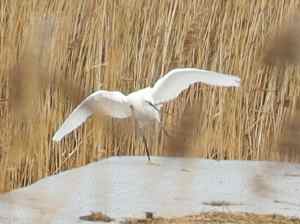 We located another small flock of Siskin and Goldfinches, again, feeding on alder, and other passerines included Greenfinch and Chaffinch along with the inevitable Great Tit; this species sang and called throughout the day showing off its great variety of bell like notes. I think only a handful of us heard a distant booming Bittern from Platform 2; a couple of birders had been there a while and had heard him booming several times.

We added Common Buzzard to the list and I believe it was only Tom R and I who saw a male Sparrowhawk skimming the cut reeds at Loxton’s to add to our brief views of a female Kestrel seen over Shapwick in the morning. Despite much searching, we did not find any Water Pipits or the male American  Ring-Necked Duck (he has been around for some three months now).

Many thanks to all for attending and to those who greatly assisted in spotting species of note and sharing telescopes. Thanks also to Richard Bottle for promptly sending some great photographs to accompany this report.