Mere Down And Whitesheet Hill, 28 November 2021

Ten members joined me on a gloriously sunny but chilly morning for a slow birding stroll along the track from the B3095, which incorporates Whitesheet Hill (NT), and continues to the B3092 and Stourhead estate. From the top of Whitesheet Hill, you have wonderful views of Stourhead House, The Obelisk and Alfred’s Tower (photo above © Richard Bottle). 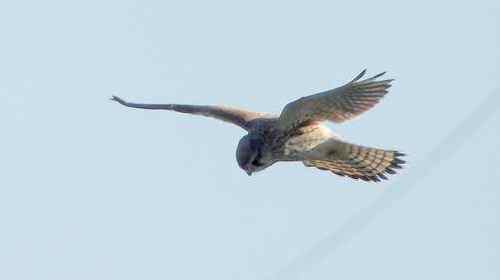 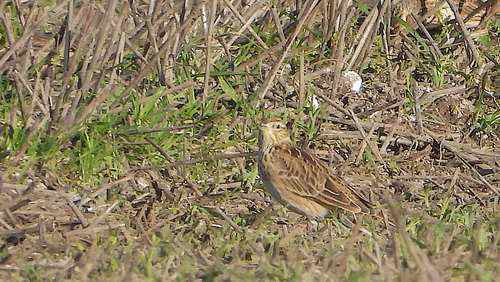 The habitat is varied – rough grassland, pasture, arable crops, sheep and cattle grazing, steep sided valleys, beech woodland and areas of hawthorn bushes. Pheasant and Red-legged Partridge shooting takes place, indeed, I witnessed a shoot on Monday 15th November when leading my U3A Natural History Group which was a good recce for this meeting. Whitesheet Hill is grazed and supports a range of chalk downland flora and butterflies and worth a visit in June/July.

As predicted, the first notable species encountered at close range was a Red Kite, one of many seen during our three-four hours on site and they outnumbered Common Buzzard. It was a case of walk, stop, look and listen.

Some species were quite mobile, such as Corn Buntings, Skylarks, Linnets, Common Starlings, Fieldfare and Redwing. The scattered hawthorns along the route attracted the winter thrushes, also a few Yellowhammers and Chaffinches. Seed heads of umbellifers seemed to attract male and female Stonechats and a fairly distant bare field was favoured by Herring Gull, Lesser Black-backed Gull, Lapwing, Pheasant, Red-legged Partridge Rook and Carrion Crow. It was somewhat odd to find just a single Common Gull in pasture.

I was delighted to see and hear a pair of Raven, one giving a couple of “tumbles”, part of courtship display. Other aerial species seen were Common Buzzard, Sparrowhawk (female skimming low over the rough grassland) and a female Kestrel hovering obligingly close to the track (as she did on 15th November). 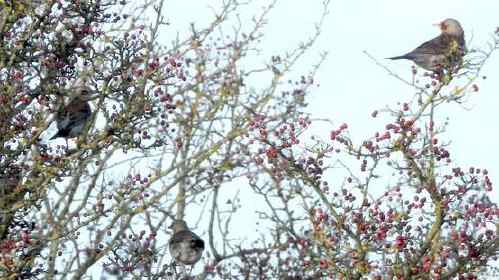 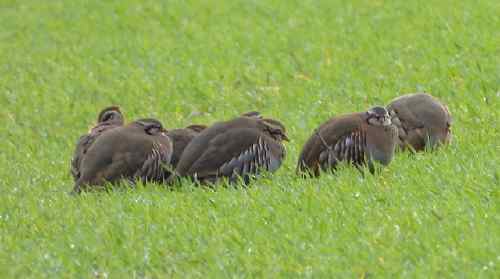 Unlike 15th, there were fewer Meadow Pipits and Goldfinches, but about the same number of Pied Wagtails. One member was fortunate to see a Brown Hare as he headed back to the cars ahead of the rest of us and he may have been the only one also to see a Stock Dove. Some members who ventured further on Whitesheet Hill spotted a Jay and a Green Woodpecker.

After lunch, we spent about 20 minutes on the other side of the B road close to the beech trees and hawthorns where there were Blackbirds, more Redwing and Fieldfare, more Yellowhammer, Linnet, Corn Bunting, Stonechat, Chaffinch, Common Starling, Pied Wagtail and we added Dunnock and Blue Tit to our total of bird species recorded.

Finally, a bit of an add-on, we went in convoy over to A350 via the Hindon Road from Monkton Deverill to take a short walk onto Pertwood Down where we had good views of a group of Red-legged Partridge (we were on the search for Grey) and another Kestrel and Sparrowhawk were seen and a few Roe Deer grazing in the valley. In winter months, these areas of down land frequently can attract owls, Hen Harrier and Merlin and are well worth exploring on a fine day.

Thanks to all who supported the meeting and help spot and identify; telescopes were definitely required.