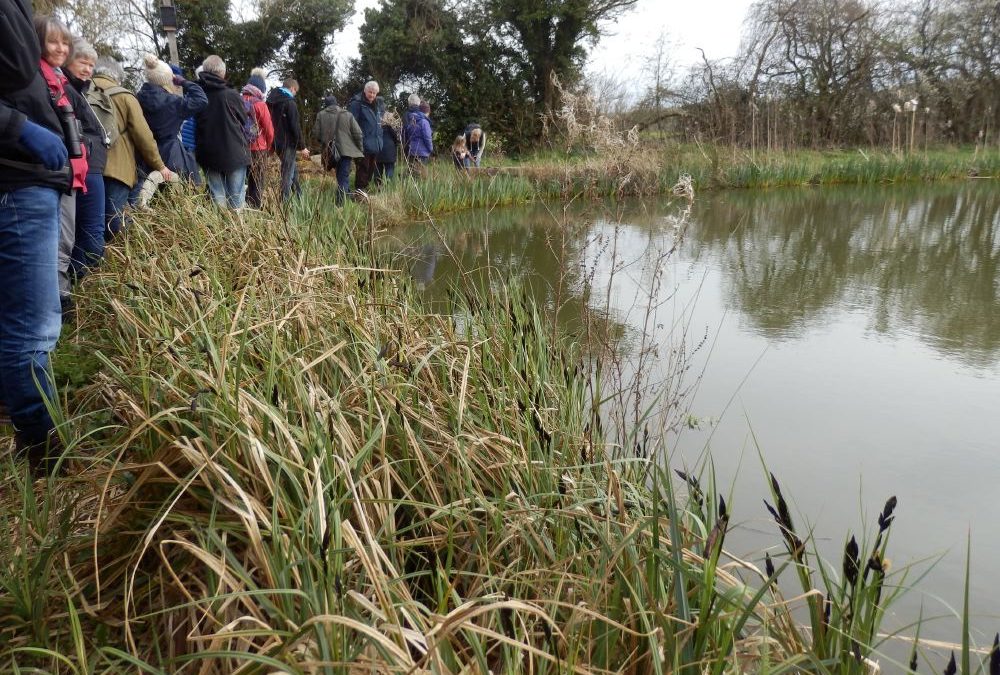 A large turnout of about ten Bath Nats members and forty local residents gathered at St Mary’s Church for the start of this event under a mostly cloudy but dry sky. After a short introductory talk in which I described the purpose of these events to enhance awareness of local biodiversity and the lessons and pleasure it holds for us in appreciating and understanding recurrent patterns of life from small to large scales, we ventured into the churchyard to discover some examples of these for ourselves. Soon we were on our knees or standing up against the church walls, examining the rippling and branching patterns of lichens and bryophytes – which came as a surprise to many of us, and a pleasing reminder to others of what we can pass by daily without noticing. After taking turns to bounce on Springy Turf Moss (Rhytidiadelphus squarrosus), we then set out across fields, noticing the first flowering shoots of Bulbous Buttercup along the way. I pointed out the reflexed sepals that enable it to be distinguished from Meadow and Creeping Buttercups, without digging it up, and mentioned that it is a sign of a potentially species-rich meadow. Some wind-strewn ash twigs then provided opportunity for close examination of the ‘coral reefs’ of epiphytic lichens that can be found without need to travel to exotic locations.

So far, so good, but the main attraction of the day still awaited us – a huge 7-year-old, privately owned pond.

The owners, Jez and Heather, explained how and why it had been made, through their love of wildlife, and had already been found spontaneously by an abundance of animals and plants, including many fish, Common Sandpiper and a pair of Mandarin Ducks. As we walked around its perimeter, our attention was drawn especially by a large gathering of metallic blue beetles amongst the decaying remains of Bulrush, Yellow Flag, Greater Pond-sedge and Great Willowherb from last year’s growth. Glen Maddison and Janine Scarisbrick later identified these as a kind of Flea Beetle, Altica lythri, which feeds on Willowherb and can jump – as we noted – to considerable heights when disturbed.

Suitably impressed, we then made our way back along paths and across fields to the church, where tea and cake awaited and Andy Daw showed us the collection of ten different species of snails he had collected along the way. This included some tiny, yet fully grown Grass Snails, which Andy had gathered into a Sim card container.

Many thanks to our local organizers Freshford and Limpley Stoke Environment Group (www.FLEWG.weebly.com) and to St Mary’s church for making the arrangements for what I think was a very successful meeting, enjoyed by all who attended it. 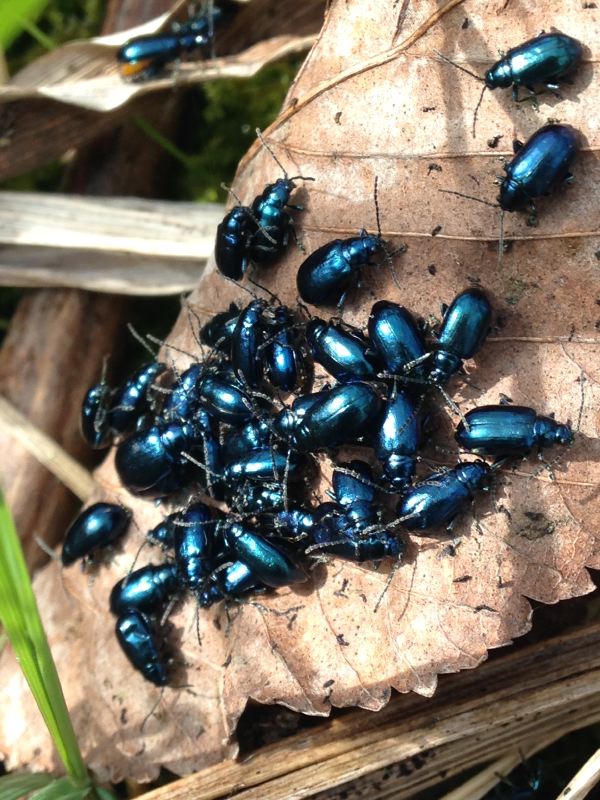 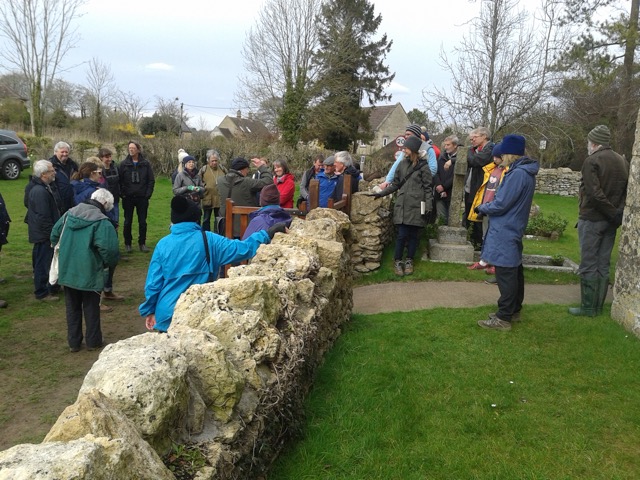 Gathering outside the Church (© Tom Harper)