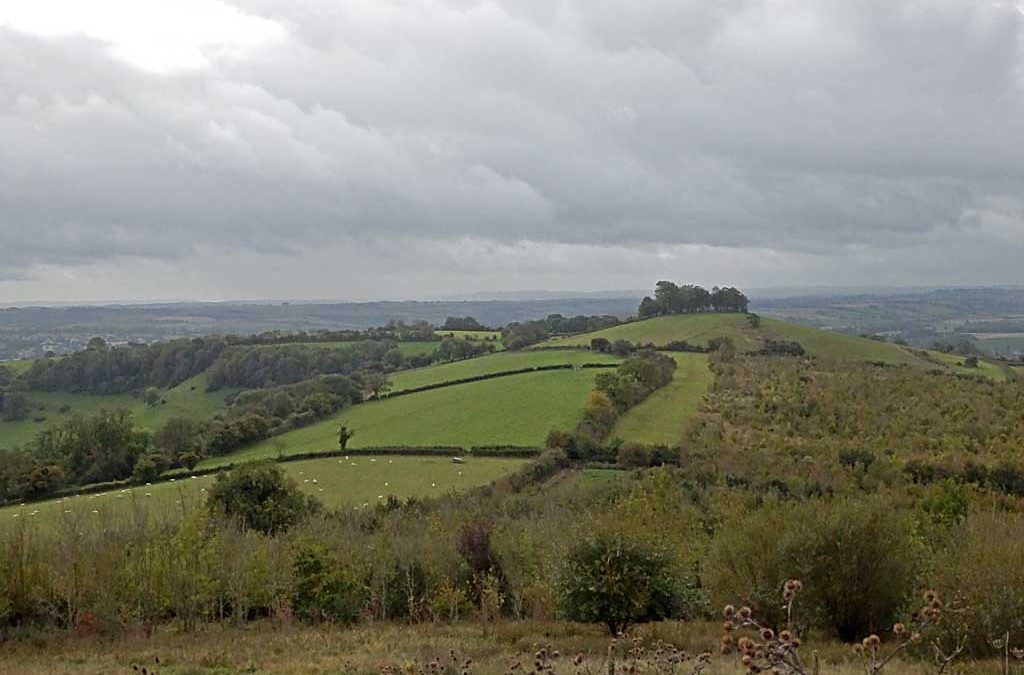 Ten of us met on what threatened to be a hopelessly wet day at the golf course carpark (with permission) on Lansdown. We decided to shorten our route, leaving out the planned start which had been to skirt Weston Wood and dip down into the Weston valley where paths and tracks were going to be slippery. Instead we took a footpath across the golf course towards the woods to the NW and we made an anticlockwise circuit along the edge of the plateau overlooking North Stoke and Kelston Round Hill (pictured above). We returned across the Race Course.

It was spitting with rain with a cold wind when we set out but in the first stretch across the golf course we followed a line of trees, many of which were hosting fungi on or around their trunks.

Alan Rayner identified at least 15 species such as: silver leaf fungus which had typically killed its host tree; sulphur tuft; brittle caps under pines; and several sorts of mycena.

There were also interesting mosses such as marbled screw moss. Under some of the trees tiny white pansies were still flowering and in rough grass there were teasels and prickly oxtongue. 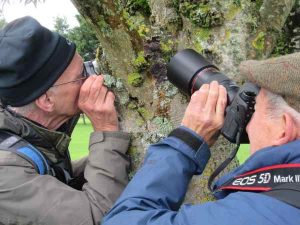 On the bird front a flock of pied wagtails was feeding on the mown grass, starlings were in the hedges and further on, skylarks rose from the field alongside us, enough of them for someone to declare that it was an ‘exaltation’ of skylarks; (the internet has its uses!)

A short detour into a wood where in places beech dominated, a further eight or so fungi species were found, including lemon disco fungus, and a buzzard flew overhead. By the time we reached the track which skirts Pipley Wood the weather had brightened considerably, enough to bring out a solitary red admiral butterfly and a family of long tailed tits. Patches of sunshine continued on and off for most of the rest of the walk.

Once past Pipley Wood the views over the valley and across to the Bristol Channel to the NW were magnificent and at our feet further varieties of fungi were identified. There were buzzard, ravens, a group of swallows and jackdaws around and a great spotted woodpecker called from an ivy-covered tree. Alan identified the deadly ‘fool’s funnel’ or false champignon (clitocybe rivulosa) close of the Iron Age fort which we crossed. It raised the question as to how early man learned to avoid dangers such as this! 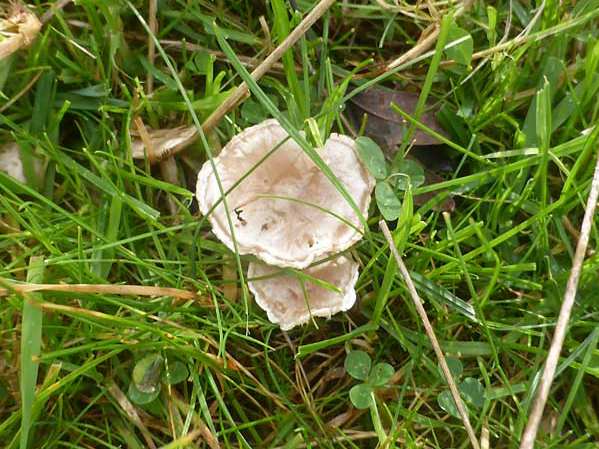 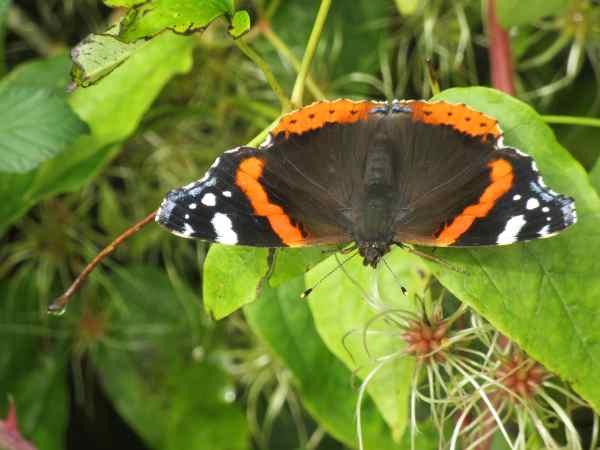 The sun appeared again as we reached our last viewpoint overlooking Kelston Round Hill and Weston village. Here we stopped for a snack and to admire several kestrels hovering nearby and moving between treetops just below us. Goldfinches, three buzzards, pheasants in the distance, a calling green woodpecker, a snatch of wren were also noted. Having missed a number of dark rain clouds during the morning, a particularly threatening one was coming our way from the direction of Bristol and had us scurrying back to our cars.