Lansdown and Charlcombe species-rich meadows and pastures, 16 May 2021

Six members joined the leader on a dull but calm day. Those attending the first walk encountered a little light rain but otherwise it was dry.

The rather cold winter followed by a dry April and cold start to May meant that the grassland species were mostly not yet at flowering stage, but the highlight of the day, 100s of Green-winged Orchid in flower, was sufficient to excite members’ interest. The Green Wings in the name refer to the green stripes on the sepals. They grow in a field which, before it was purchased for a playing field, was managed in a traditional way, probably cut for hay, then grazed.

This orchid was traditionally thought of as a meadow species, but there are very few species-rich meadows left in lowland Britain, so it is now a rarity. Luckily the field receives sympathetic management and the mowing regime is varied from year to year so there is always part of the field that is allowed to grow. 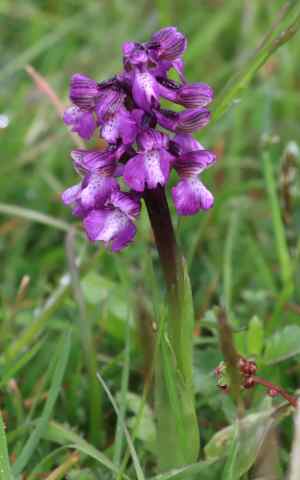 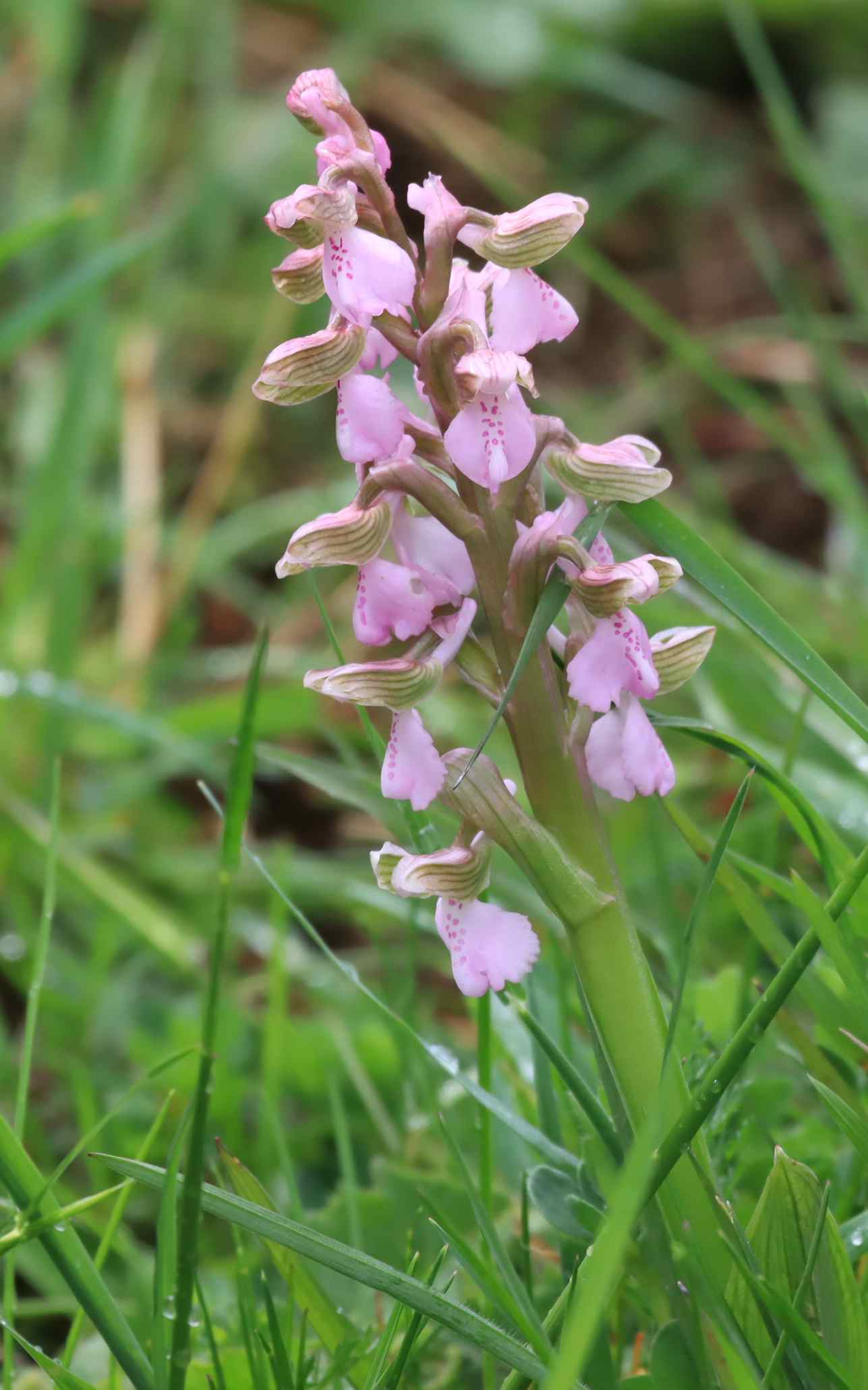 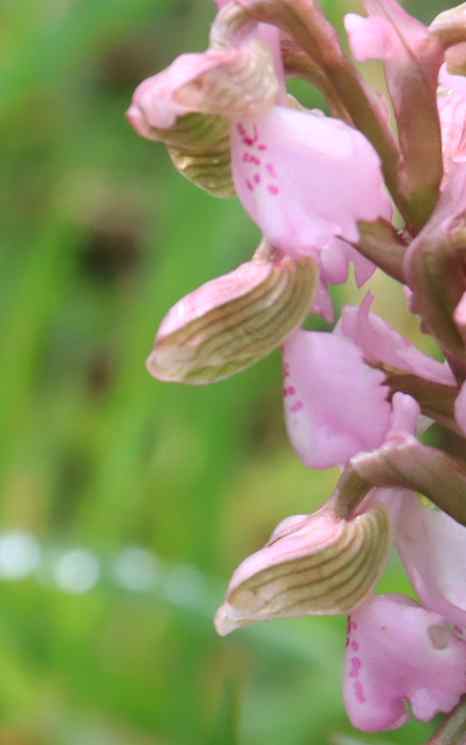 Pastures on Chelscombe Farm, now open-access land, had a good show of Cowslips and one patch of Gorse, another species that has declined locally since the 1970s. The weather resulted in few insects being on the wing apart from a few Carder Bees and some St. Mark’s Flies, which had emerged about a week before. A Swallow, some House Martins and two Swifts seen were probably feeding on the latter. 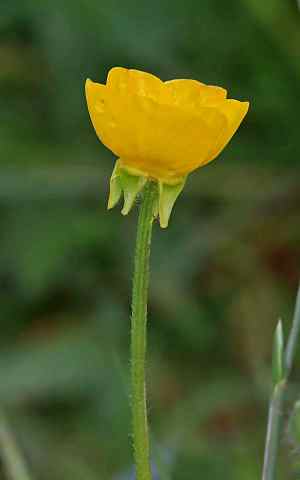 Bulbous Buttercup with sepals folded against the stalk © David Hall

Grassland plants were in short supply, so the leader demonstrated how to tell the three common species of Buttercup by reference to their rosette leaves and their sepals.

Meadow Buttercup is quite tall. The leaves have 5 to 7 lobes and look a bit like a Crow’s foot (an alternative name for buttercup). The sepals cup the butter-coloured petals.

Creeping Buttercup creeps by runners. The leaves are 3-lobed and its sepals also cup the petals.

Bulbous Buttercup has a corm-like root (not a bulb), and the leaves die back after flowering. Its leaves are also 3-lobed but the sepals fold back tightly against the flower stalk.

There were plenty of garden plants on the roadsides and field edges, either planted, dumped or escapees. The Borage family was well represented, with Garden Forget-me-nots, Giant Forget-me-not (Brunnera macrophylla), Evergreen Alkanet and Creeping Comfrey. Native and hybrid Bluebells were encountered and a colony of the latter on the edge of the Royal School grounds had their leaves nibbled, either by Rabbits or Deer.

Many of the trees and shrubs were in flower, including a Crab Apple on Collier’s Lane on the descent from Ensleigh. The view from the lane is panoramic, giving a 180 degree view of the surrounding countryside. It was rather hazy but on a good day you can see the Marlborough Downs to the east, the edge of Salisbbury Plain above Westbury and Cley Hill near Longleat. From Chelscombe Farm the view continues round as far as South Wales and the Brecon Beacons but clear sunny weather is required before they come into view.