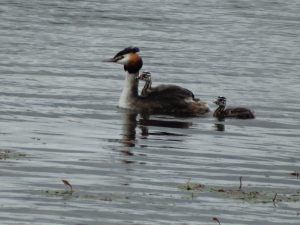 Sixteen members, including three new recruits, joined me in exploring these wonderful wetland nature reserves near Glastonbury. We saw a good variety of wildlife, including insects, but I was very much concentrating on bird identification by sight and song.
The excellent tree cover and vegetation along the old railway track running through Ham Wall makes for good habitat for warblers and we stopped to listen to six species, firstly Garden Warbler. This to me sounds like a speeded-up Blackbird song; a rich, rounded warbling which changes little in volume or pitch. By comparison, the typical song of the Blackcap begins somewhat hesitantly with a few scratchy notes and includes fluty higher pitched notes, the song ending in a louder flourish. The Willow Warbler delivers a totally different song, a soft descending series of notes, concluding with a soft trill. The Chiffchaff, of similar appearance, has a simple two syllable song, as the name of this species suggests. The Reed Warbler will invariably sing from within a reed bed and its song is a fairly steady rhythmical series of repeated short, mainly low pitched phrases, with some mimicry of birds such as Blue Tit or Bearded Reedling. Finally, the Cetti’s Warbler song “burst” from the bushes at various intervals during the day; an explosion of notes of Nightingale quality, a song so loud, it almost knocks you off your feet. All these species can be difficult to see at this time of year – hence some necessity to know their songs!

So, what were our other highlights and what birds did we see well. During our walk to the Avalon Hide, returning via the 2nd platform on the old railway line, we encountered several sightings of Marsh Harrier and from the hide we saw a food pass between a male and female. A pair of Great Crested Grebes conveniently stayed close to the hide from which we had good views of one adult with two black and white stripped youngsters on its back.
Taking the grassy track from the hide to the 2nd platform, we stopped to view two smart male Garganey and other waterfowl including Little Grebe, Little Egret, a pair of Wigeon and Gadwall. Back on the track, we stopped by the platform and watched a couple of Hobby dashing over the reeds catching insects and the birds perched for a few minutes on dead trees allowing everyone to have a view through a telescope. By the time that we were heading quite purposely back to the car park, a number of the group had seen Bittern in flight; always exciting to see. We lunched whilst listening to the croaking of Iberian Pool Frogs and periodically looking up to see a Hobby or two and a passing Buzzard. It was rather disappointing not to encounter the Glossy Ibis or a Cuckoo and it proved difficult locate a Reed Bunting within close range but that is the unpredictability of birding and there is the matter of luck, being in the right place at the right time.

The last 90 minutes of the meeting was spent at Shapwick Heath. There were many Black-tailed Godwits, some in full breeding plumage on the scrape and a couple of Lapwing. We also had close views of a Great White Egret. Not everyone saw the passing Cattle Egret which was heading from Shapwick over to Ham Wall but I think everyone saw the Bittern, again the bird was in flight. As the temperature had risen considerably, more Hobby were airborne catching insects. Much of their prey includes dragonflies and we recorded several during the day including Four Spotted Chaser, Hairy Hawker and Azure Damselfly. Other insects included butterflies such as Orange Tip, Brimstone and Peacock.
The total number of bird species recorded by the leader was 58. 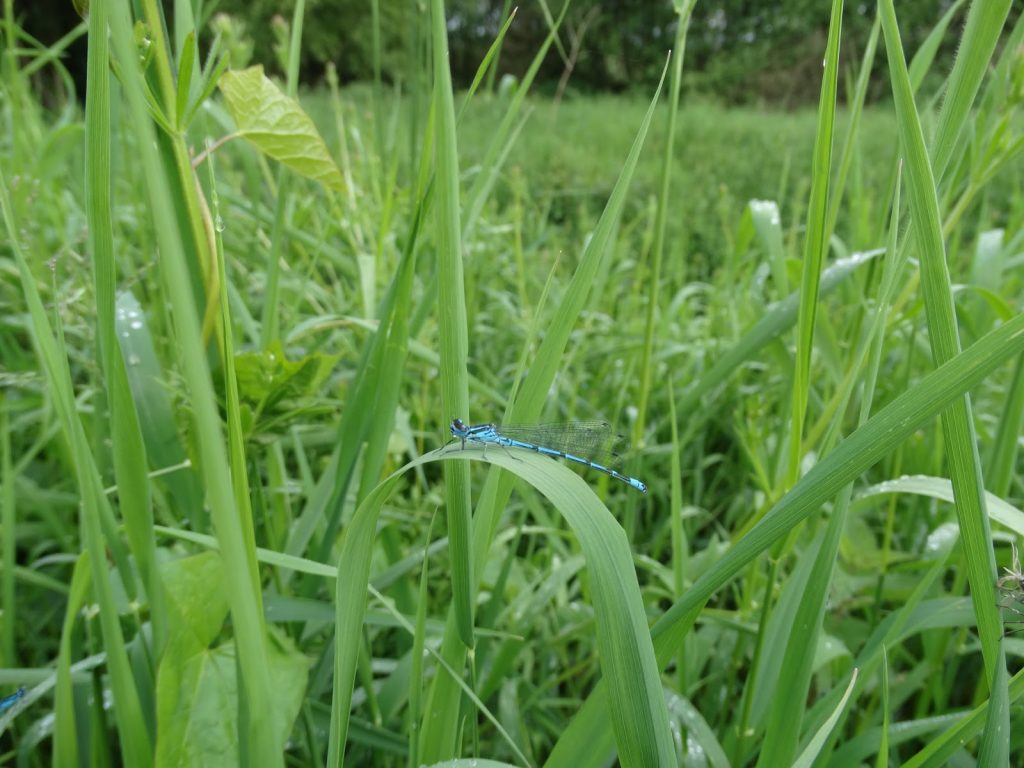 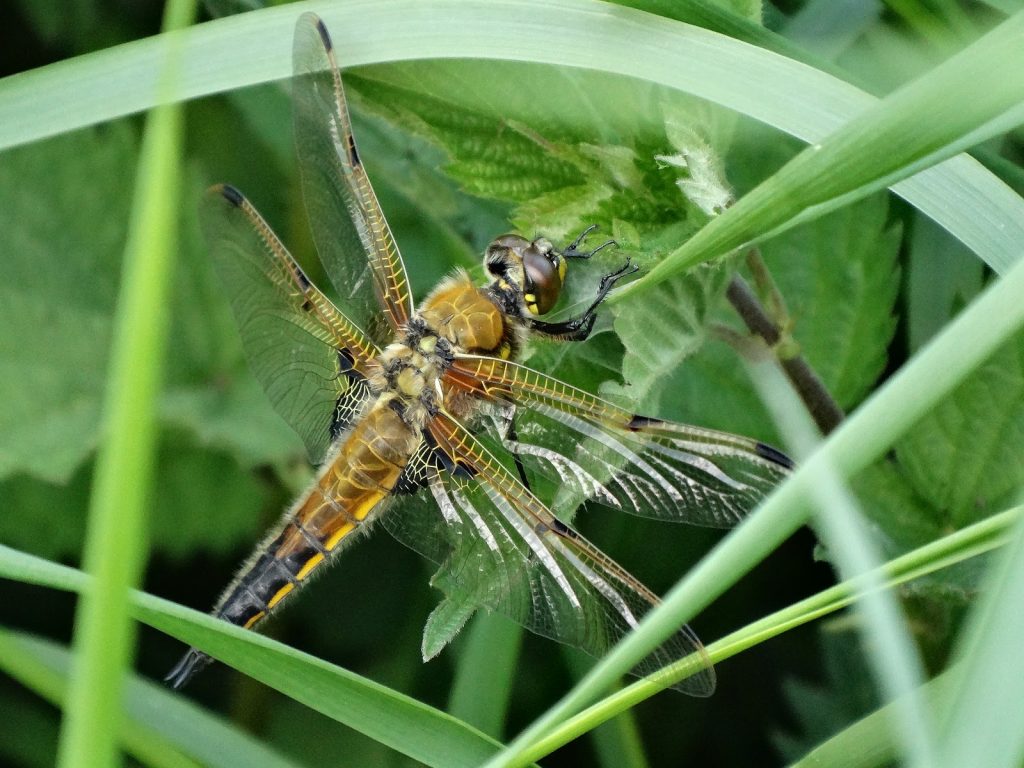