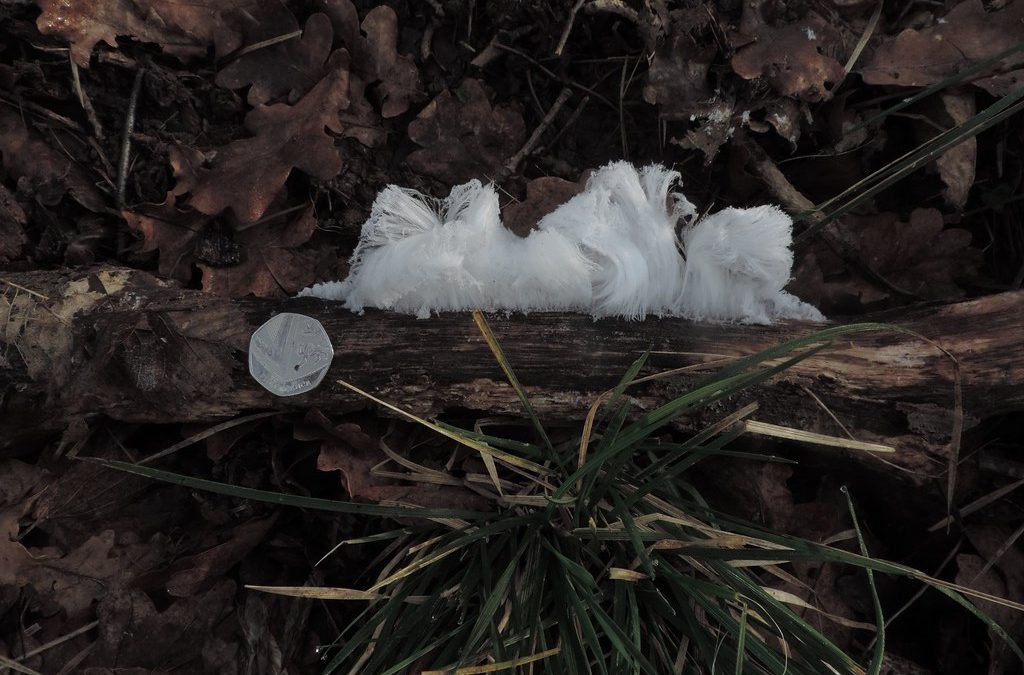 During a birding trip to the Forest of Dean on 16 January with Tom Rogers and Bill Bristow we (or rather Bill) found this strange fungus in a wood near Park End sprouting out of a slot in a short stick on the ground. It initially looked like a discarded paper handkerchief. I can’t find anything like in my beginners mushroom guide. Any ideas what it is? The 50 pence piece is mine for scale.

I’ve now tracked down the BBC link. It is http://www.bbc.co.uk/earth/story/20150727-mystical-hair-ice-riddle-solved

The phenomenon is associated with the presence of the fungus, Exidiopsis effusa.
I think it should have melted when touched, though.
As I say, we live and learn!

Ed note
Not in the recording area I know,but this is so unusual,strange,rare,interesting,that it had to be reported,thank you.