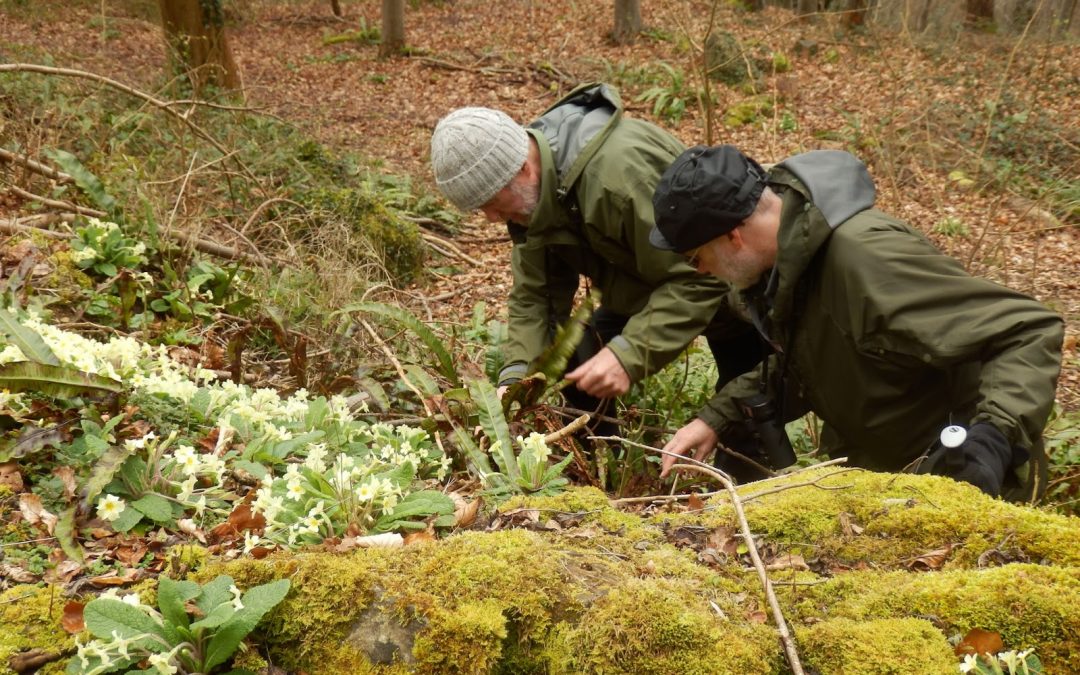 The day started with blustery winds and sideways drizzle but fortunately drier conditions prevailed by the time six Bath Nats members plus the owner of the wood, Judith Gradwell assembled in the wood.

Judith was able to tell us about the past and present management of the wood before we walked to the lower section to look at the stand of Broad-leaved Lime trees that occur here.

We then turned up the public footpath which was bordered by old Yew trees capping the steep slope with an extensive badger sett to the left. Here Goldcrest were heard amongst the trees. The scene to the right was woodland backed by impressive cliff faces with the occasional huge fallen boulder. Here we looked at cramp balls (Daldinia concentrica ) on Ash and some Jelly Ear fungus (Auricularia auricula-judae) on Elder. The boulders and rock faces provided good opportunities to look at some of the mosses: Rambling Tail-moss (Anomodon viticulosus) and Foxtail Feather-moss (Thamnobryum alopecurum). Bolder members of the group scrambled up the slope to investigate a large cave.

Retracing our steps we followed the woodland ride north and stopped to see the effects of management- scalloped areas which had created more open conditions initially were now recolonising with ash seedlings.

As well as a wonderful bank of Primroses we noted some examples of more uncommon mosses characteristic of woodland banks on limestone: Frizzled Crisp-moss (Tortella tortuosa) and a very small patch of Spiral Extinguisher-moss (Encalypta streptocarpa).

The path here passes through an area of huge boulders on steep slopes and the presence of an oak with unusual epicormic growth added to the sense of mystery.

Reaching a boggy area Judith explained that this was a pond supplied by a spring which had previously been piped downhill for domestic purposes at Warleigh. The area above is a humid rock-scape and the mosses were noticeably luxuriant. As well as the abundant Greater Featherwort (Plagiochila asplenioides) we were able to show the uncommon Bitter Scalewort (Porella arboris-vitae) which actually tastes bitter! It occurs here on a rock with a patch of brown lichen Leptogium lichenoides. A little further on the emerging shoots of bluebells hinted that a return visit in a few weeks would be rewarded.

Although the breezy weather precluded bird spotting we had a pleasant and informative walk in this unexpected ‘woodland with cliffs’ which we had driven past for many years without exploring. 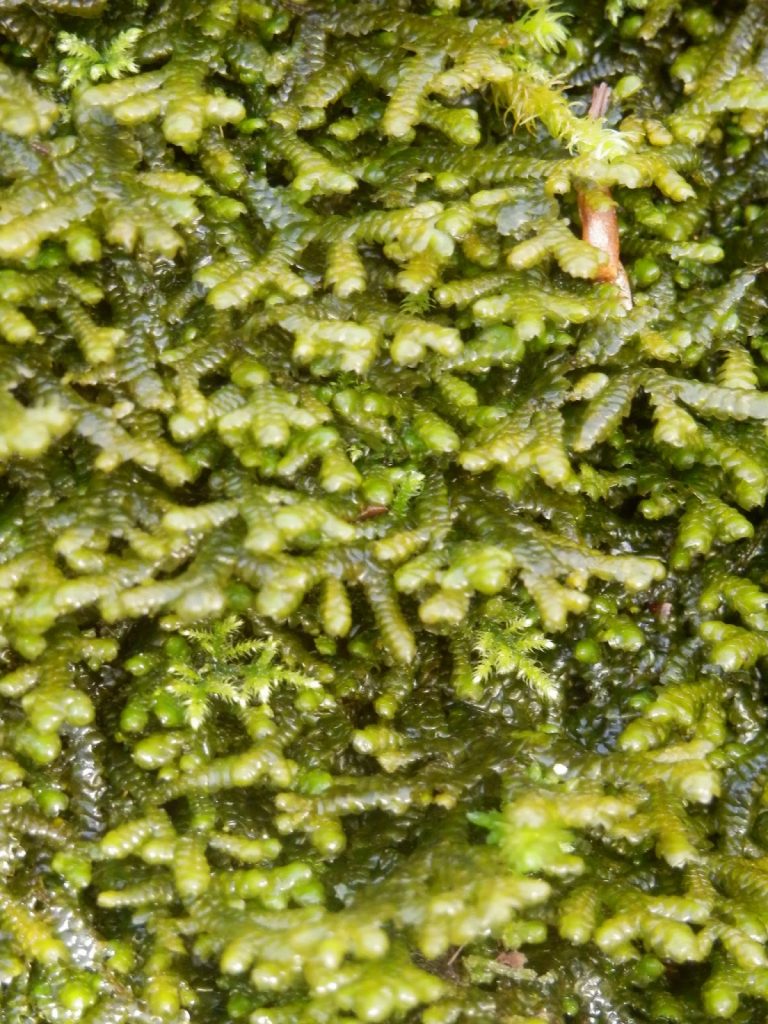 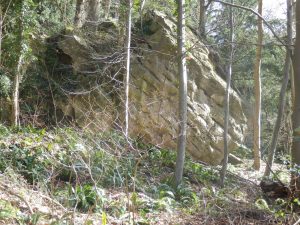