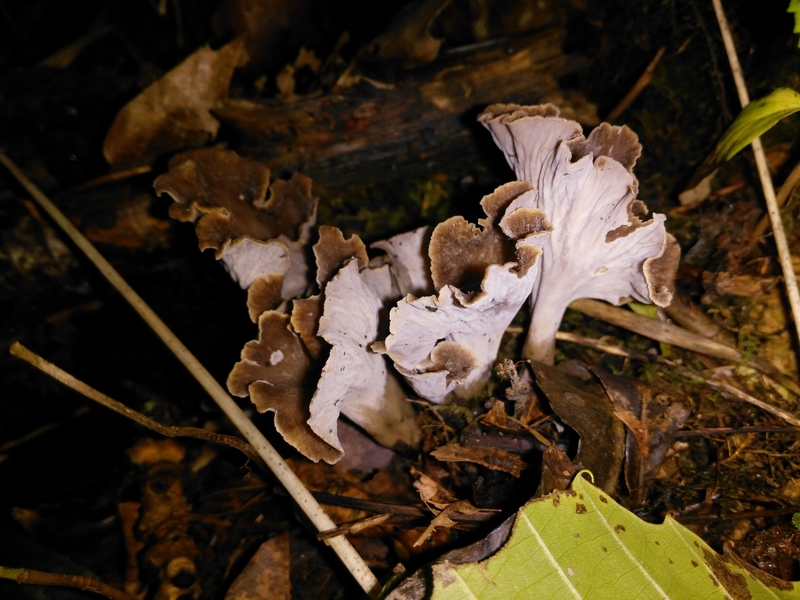 Ten of us gathered for this meeting in hazy, mild dry and calm conditions. We were in for even more of a fungal treat than in 2016, with around 70 species being recorded in the morning, including several notable finds. First we explored the western part of the wood. As in 2016, this was very species-rich, making our progress slow but rewarding. Some of the more notable finds included: two large groups of Sinuous Chanterelles (Pseudocraterellus undulatus); an outcrop of Jelly Tooth (Pseudohydnum gelatinosum) on a conifer stump, a large specimen of Dyer’s Mazegill (Phaeolus schweinitzii) on another stump; a large group of Beige Coral (Clavulinopsis umbrinella); several Poplar Brackets (Oxyporus populinus) on a sycamore trunk; tiers of Antrodia xantha on the cut end of a conifer log; a splendid array of Yellowing Curtain Crust (Stereum subtomentosum) on a log and several Stinkhorns (Phallus impudicus) at various stages of eruption, disruption and fly coverage.

But then, as we approached the main path through the wood, Alice Nissen pointed to something red protruding through the ground, which I had superficially dismissed from a distance as a squashed yew berry! Closer inspection revealed it to be a kind of truffle, but not one I had ever seen before.

Some on-the-spot internet searching by Chris Hargreaves quickly revealed it to be Scarlet Berry Truffle (Paurocotylis pila), and further searching of the area revealed another ten or so specimens. Apparently it is an immigrant from New Zealand, where it is said to imitate the fruits of Podocarpus trees and get eaten by large birds. There have been fewer than 40 records in the UK, only three of which are in Southern England (two in Sussex, one in Devon). 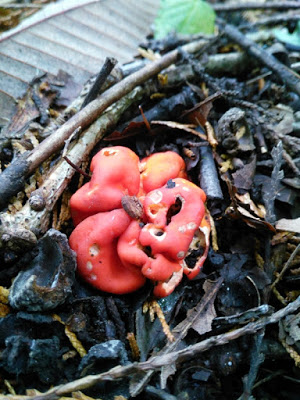 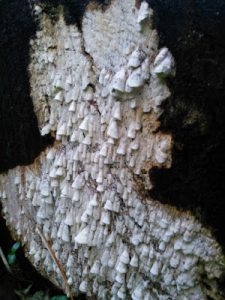 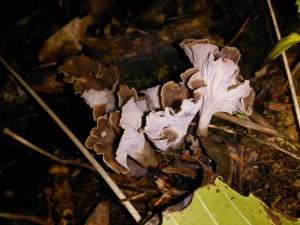 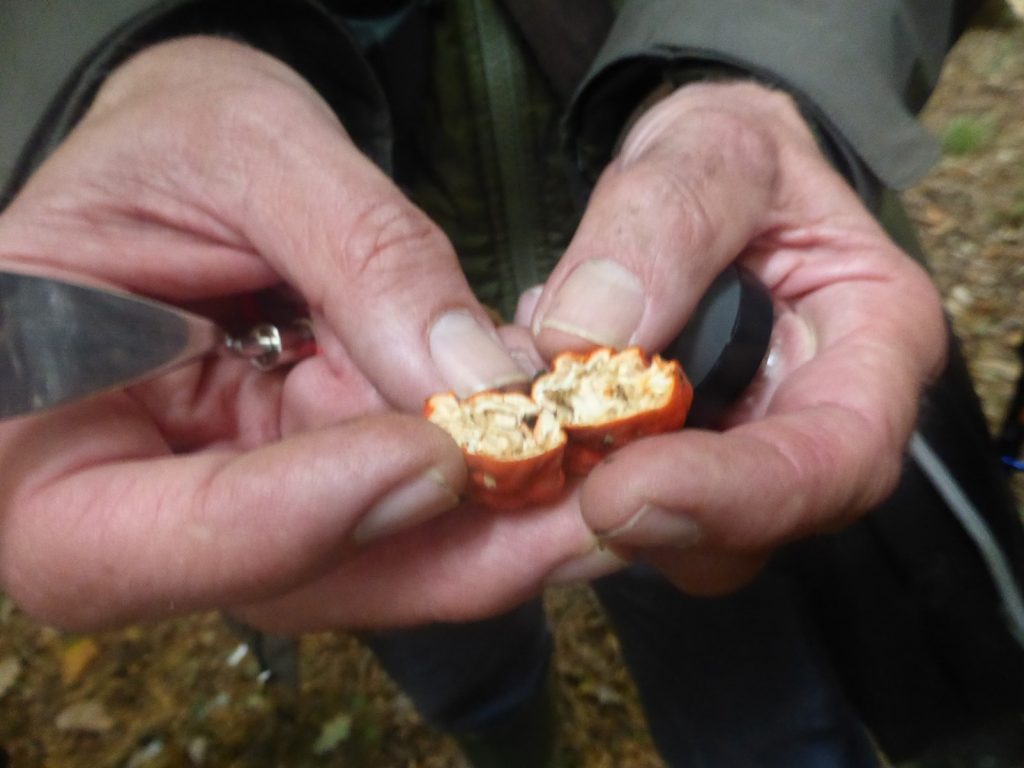