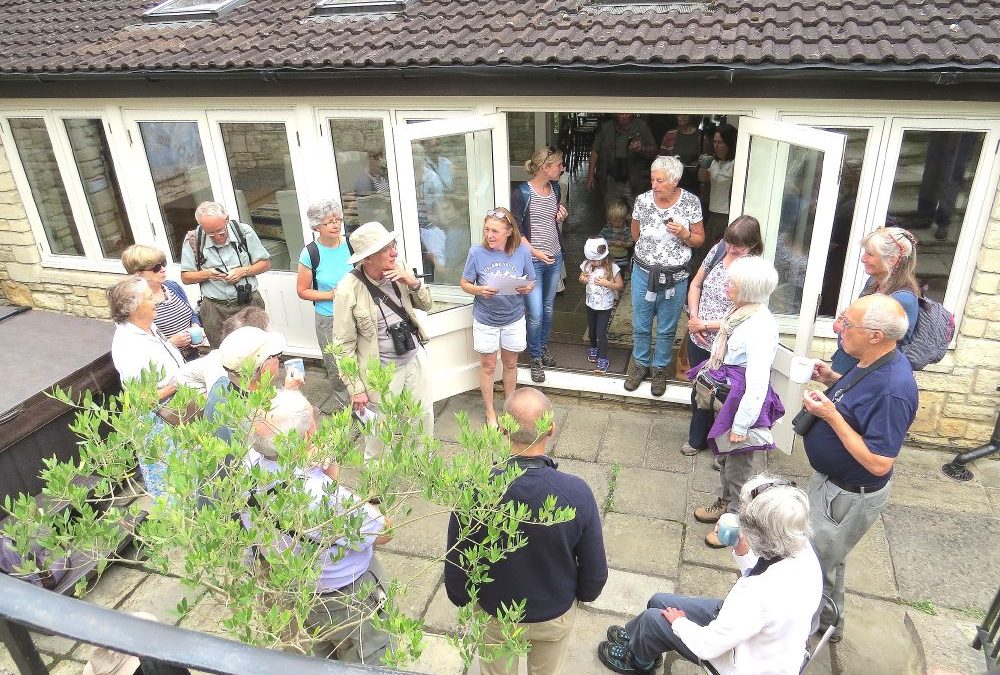 A Fine Day Out in Friary

On the morning of Wednesday 31st August a group of around 24 members met at Friary, Hinton Charterhouse, by kind invitation of Penny Williamson. Penny has lived at Friary for about 5 years and has a keen interest in the conservation of the area.

Penny explained a bit about the history of The Friary, including recent research conducted by The University of Sheffield. A surprising finding of this research was the extensive stone building work for use by members of Hinton Priory.

Penny also was very generous in providing refreshments and lunch for the group. So after tea, coffee and biscuits we set off on the footpath towards Freshford. First stop (for the more adventurous) was to explore slightly off the path to look at the site of an old cottage. This cottage, with no running water or electricity, was occupied by a lady called Mercy Swift up until the 1960s. Along the way we then noted some of the wild flowers that were out (greater chickweed, bush vetch and teasels), and looked at various lichens on branches. Marion Rayner also collected some leaf skeletons, which were particularly admired by my two young children!

Once in Freshford we walked down to the river, hoping for a sighting of a dipper. Although they are common here, we didn’t see one. We were treated however to the more unusual sight of a day-flying bat. It was circling under the tree, low enough for everyone to get a good view. Geoff Hiscocks kindly forwarded a reply to a letter he had from BBC Wildlife in 2009 explaining that day flying bats are more common than you think. Hunger and thirst can force them to fly in the day, when they are more vulnerable to predatory birds.

After a delightful lunch of quiche, salad, tiramisu and ice cream, we walked towards Iford through woodland and along the riverside. Notable finds included a bright yellow slime mould (Fuligo septica), a Pine Ladybird, Fringed Polypore (Polyporus ciliatus), Alder Bracket (Inonotus radiatus) and Alder Tongue Gall (caused by the fungus Taphrina alni). Back near the car park, where the brook cascaded over stonework, Alan and Marion Rayner were pleased to find the beautiful Curled Hook-moss (Palustriella commutata) growing profusely. Overall, a very successful meeting in an interesting location. 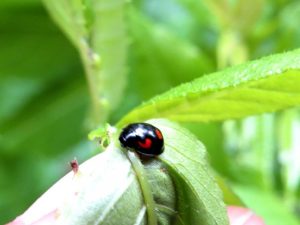 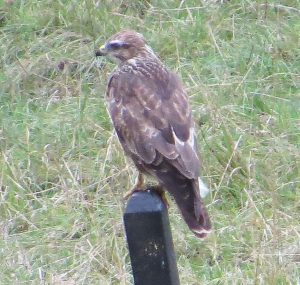