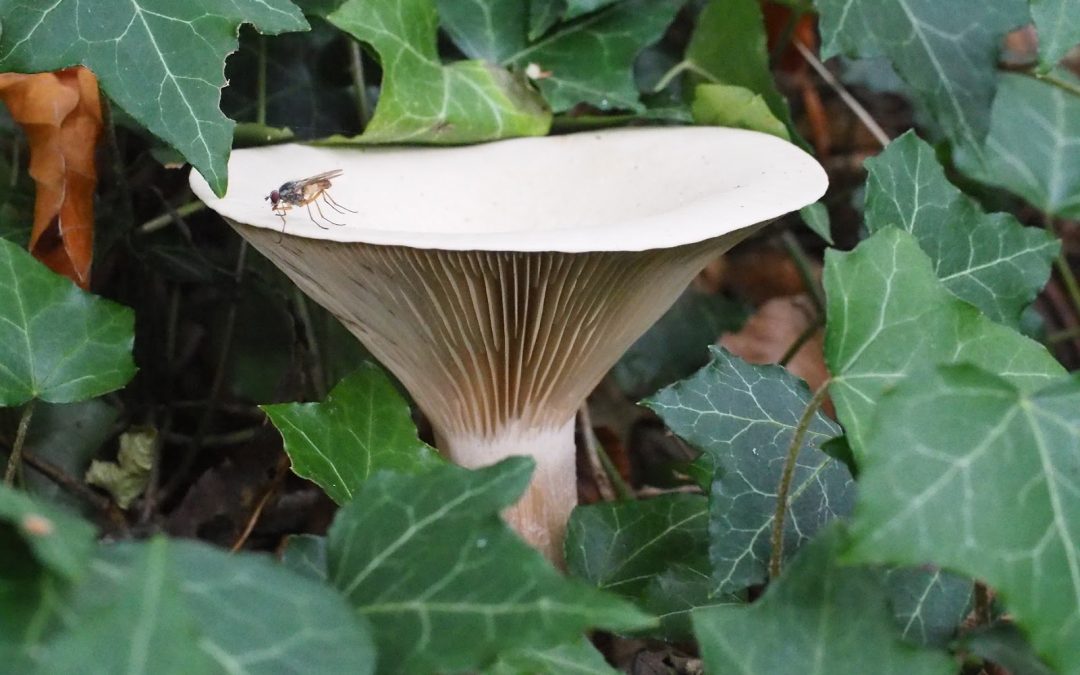 On the brilliantly bright and crisp morning of Wednesday 31st October a group of around 17 members met in the classroom at Friary, Hinton Charterhouse, by kind invitation of Penny and Richard Williamson, and were treated first of all to coffee and biscuits while examining a display of diverse fungi that I had collected the previous day from local woodlands. We then walked up the steep narrow road from Friary towards the A36, flanked by wooded banks, to see what we could find. And, with many eyes working together – not just mine – we found quite a lot! Amongst the larger fungi were Collared Earth Stars (Geastrum triplex), Dead Man’s Fingers (Xylaria polymorpha), White Saddle (Helvella crispa), Wood Blewits (Lepista nuda), Ivory Woodwax (Hygrophorus eburneus), Pearly Parachutes (Marasmius wynnei) Pink Spinecrust (Steccherinum fimbriatum)and what I have tentatively identified as the very seldom recorded Large White Dapperling (Leucoagaricus subcretaceus). But in many ways stealing the show from their larger cousins were the tiny – and seldom recorded – agarics of Beech Petiole Parachute (Marasmius setosus) and Beechleaf Bonnet (Mycena capillaris) respectively inhabiting the petioles/midribs and laminae of beech leaves.

After a delightful lunch of quiches, salad and potatoes, followed by chocolate brownies and ice cream, we used up some calories by walking along the public path steeply uphill into the western part of Friary Wood. Here, we found both Trooping and Clouded Funnels (Clitocybe geotropa and C. nebularis) and some delightful young specimens of Magpie Inkcap (Coprinopsis picacea). We then walked to the eastern part of Friary Wood, where we encountered poisonous Funeral Bells (Galerina marginata) and Lilac Fibrecaps (Inocybe geophylla var. lilacina) and in some ways, for me, the most delightful sight of the day. Examining a decaying log supporting a swarm of Lemon Discos (Bisporella citrina) I turned it over to reveal a gathering of Green Elfcups (Chlorociboria aeruginosa). The juxtaposition of yellow and turquoise cups was simply breathtaking. Finally we walked down to the riverside to examine a fine display of Alder Bracket (Inonotus radiatus). It began to rain just as we got back to our cars. It had been a rich and very enjoyable day! 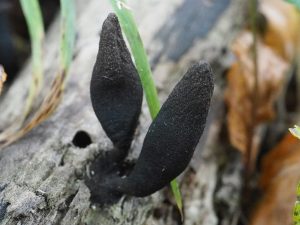 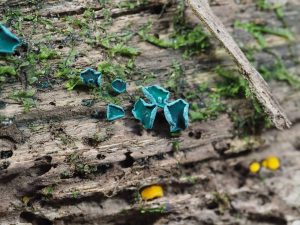 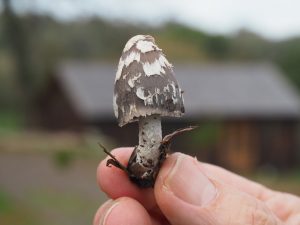 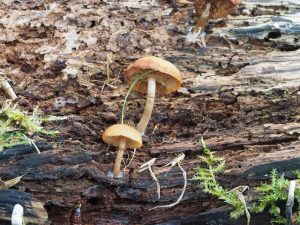 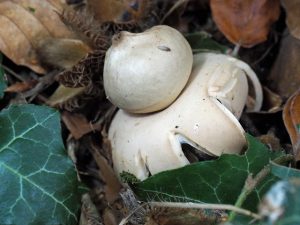 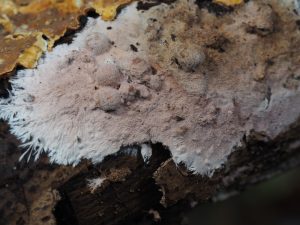