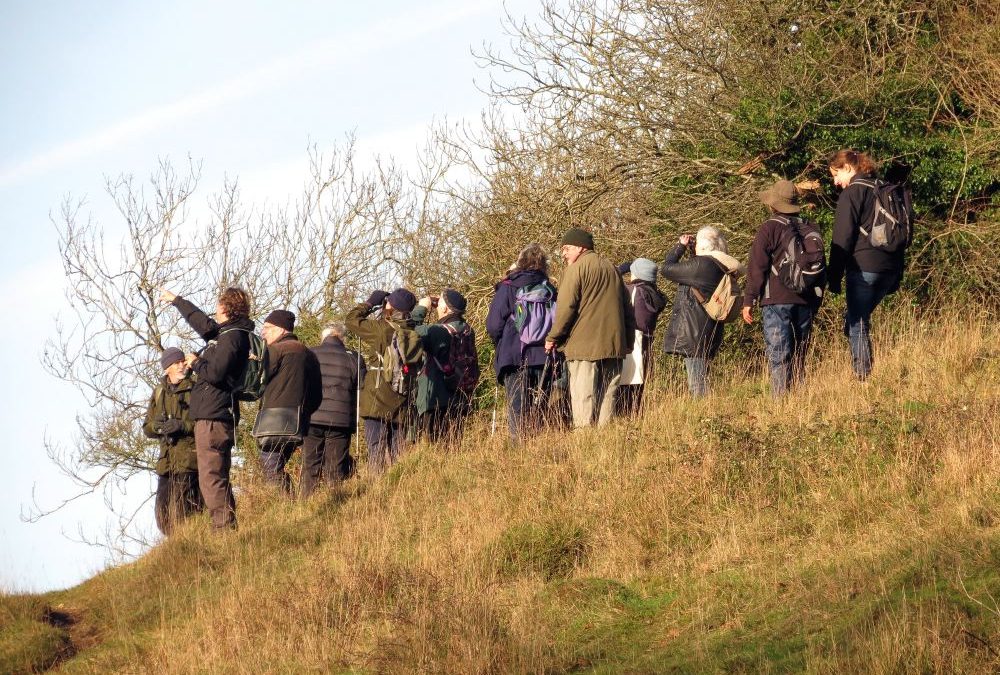 22 members met in a chilly car park in the hollow of Ford on a promising sunny morning, after the high winds of storm Desmond. Water Forget-me-not in flower was the first of several late flowering plants seen in the morning, as we started our walk over the bridge above the ByBrook. The coppice woodland, which has not been coppiced for a long time, provided good views to most of the group of marsh tit, nuthatch and treecreeper amongst the mixed tit flocks. The Marsh Tit was the first of 4 species of animal to be seen in the same spots as they were observed on pre-walks, the others being the Noon fly, Mesembrina meridian, basking on the first bench, close to mid-day; Jackdaw and a Sparrowhawk. 3 Buzzards were seen in the morning, one being mobbed by corvids.

Several species of fungi, moss & lichens were identified for us by Alan Rayner, including Southern Bracket, Ganoderma australe, and Beech Tarcrust, Biscogniauxia nummularia, in the wood at the highest point of the walk, where large amounts of ash reDanks Down groupgeneration are still ongoing after that part of the wood was heavily thinned by the 1989 storms. This part of the wood also contained several plants of Spurge Laurel, Daphne laureola. 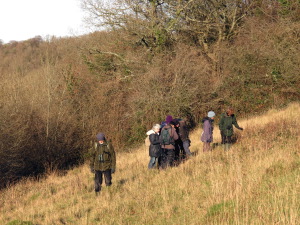 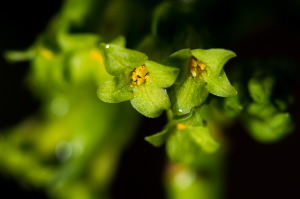 On the return descent, the species rich grassland was examined, with its colonies of Yellow Meadow Ant colonies, where droppings of a Green Woodpecker, were found. The downland here is managed by grazing by a small flock of Wiltshire Horn sheep, though evidence of scrub invasion by thorn and oak was seen, several very young oaks, bearing multiple galls with exit holes, probably Oak Marble Galls, caused by the gall-wasp Andricus kollari.

Close to the brook we found a very late dragonfly, later confirmed as a male Southern Hawker, Aeshna cyanea. This appeared on the Facebook group reports of both the Wiltshire Moths & Butterflies and that of the Wiltshire Dragonflies and Damselflies, where it was confirmed as being the first December record for any Odonata species in Wiltshire and must be one of the latest nationally. It was re posted on the British Dragonfly Society’s sightings page. 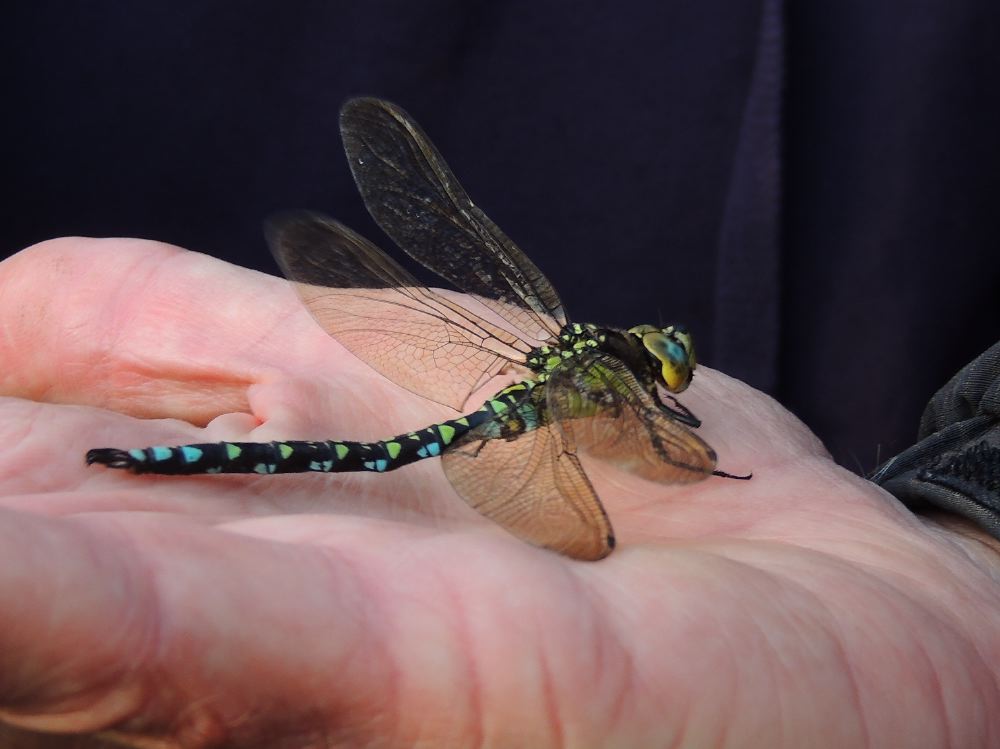 Recrossing the minor tributary of the ByBrook over the Cotswold stone cattle stile, the remaining head and claw of an alien American red-clawed signal crayfish, Pacifastacus leniusculus, were found in the water, possibly left by a mink or otter. A group of Glistening Ink Caps, Coprinellus micaceus, were noticed in the lower, formerly coppiced woodland.

On returning to The White Hart, 15 members relaxed and chatted over drinks and a meal, which made a pleasant & sociable end to the Field Meeting. 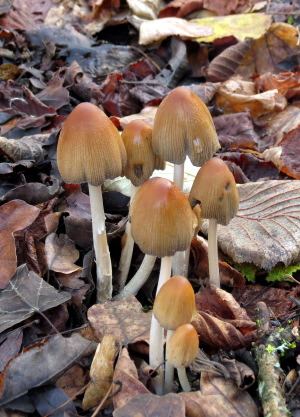 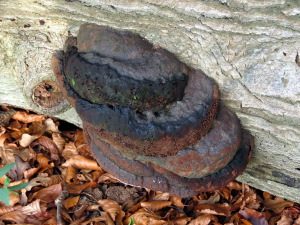 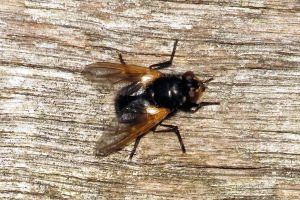