Members joined the leader at Sapperton Church for a walk down through the fields to the Daneway Banks Reserve. The reserve is being managed to conserve the Large Blue butterfly, which had become extinct in this country. It was successfully reintroduced some years ago and is now well established on this reserve, and further attempts to increase its numbers happening as we witnessed towards the top of the site.

Lucy heard Common Redstart singing from trees at the bottom of the reserve. Marsh Tit was seen and heard on the reserve too. Still some Blackcaps singing and Song Thrush. We also saw a family of Nuthatch alongside the footpath towards the Daneway Public House.

Rain over-night had made conditions wet under foot and mist in the valley did not bode well to see blues on the day. At the reserve Lucy found Bee Orchid, Common Spotted-orchid, Pyramidal and Greater Butterfly-orchid.

A young fox was seen at the top of the reserve, also a day-flying Cinnabar moth and Meadow Brown butterflies but no Large Blues were to be seen on the day. With more rain in prospect, the meeting was finished at lunch time. 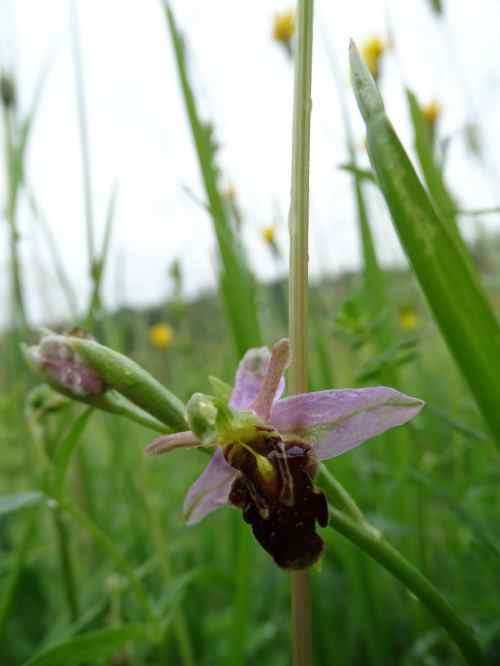 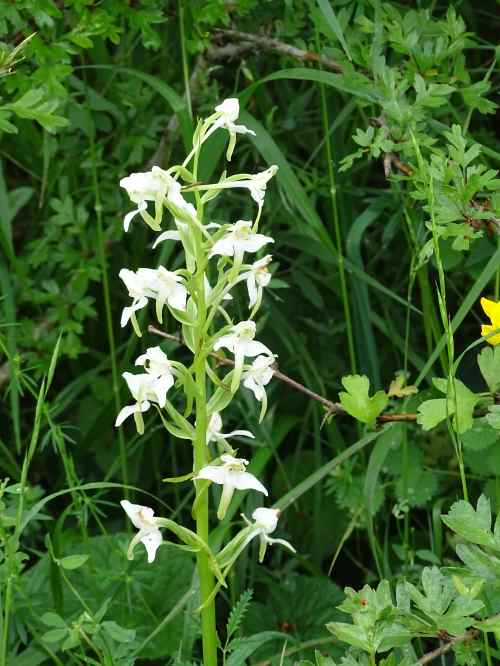