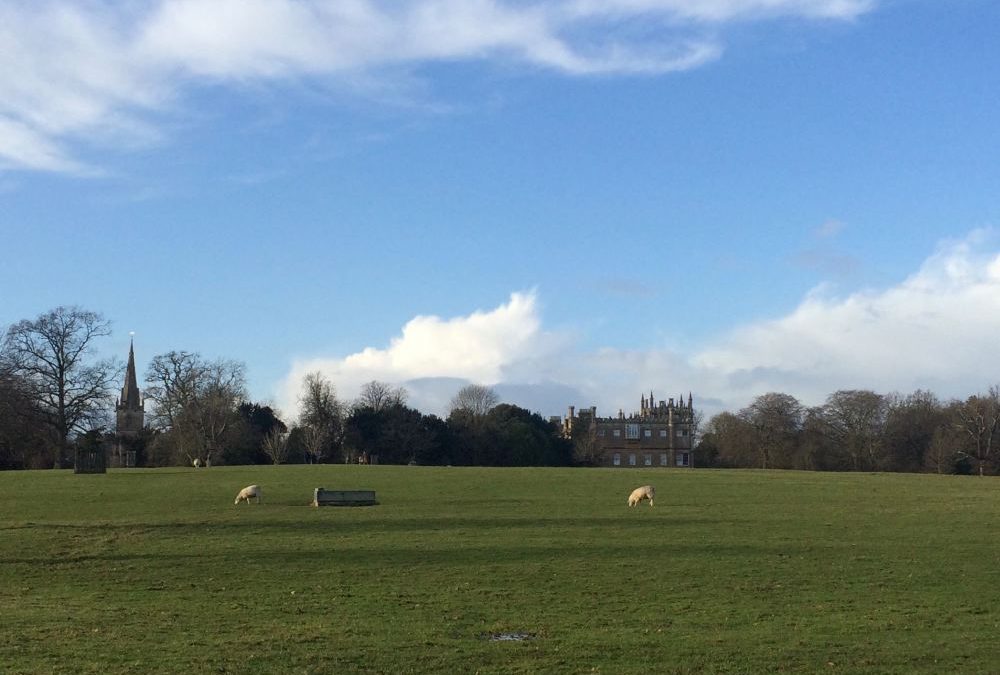 Given the run of wet and windy days this month, those attending this meeting were blessed with reasonable conditions for our walk; for although we needed to wrap warm against a cool breeze the morning remained rain free. Having assembled at the car park near by, we crossed the Lacock Road and entered the south side of Corsham Court Park. The prospect before us included a distant lake and gently sloping sheep pasture with freestanding mature oak trees. Before walking down to the lake, we stopped to look thought a large flock of thrushes including Blackbirds, Fieldfare, Redwing and a few Mistle Thrushes. One of several Green Woodpeckers, seen and heard, flew through the trees by the lake. 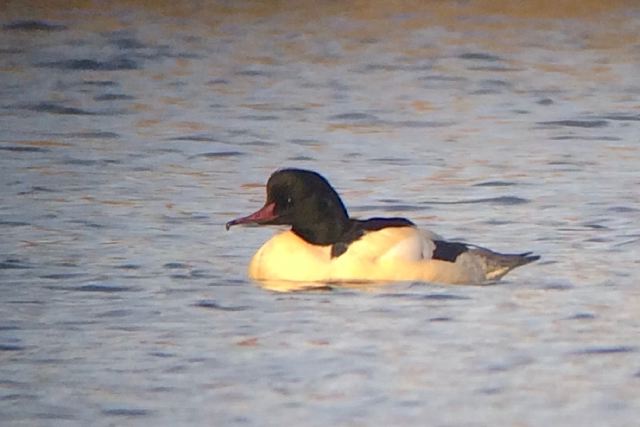 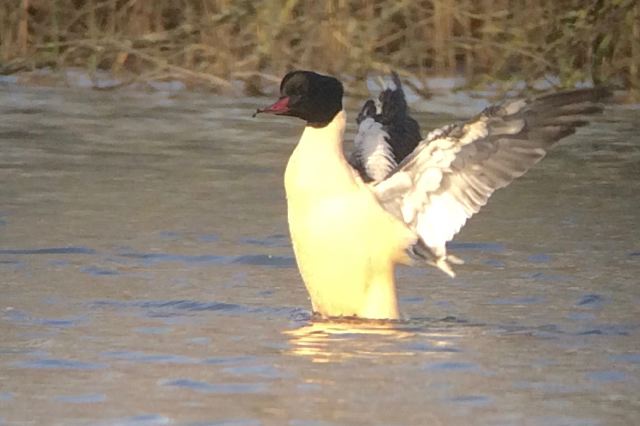 Among Common and Black-headed Gulls on the lake were three male and two redhead Goosanders, as well as Great Crested Grebes, Grey Herons, Moorhen, Mallards and a few Cormorants. A flock of Canada Geese flew in while we were there. Feeding on Alder Trees, toward the western end of the lake, we encountered a flock of some 40 Glodfinches. Alan Rayner identified fungi on a rotting oak stump here including, Velvet Shank Flammulina velutipes and Tripe Fungus Auricularia mesenterica.

We then headed north, on the permissive path through the park, following a rather bare hedge-line, with depleted Hawthorn berries and the occasional bright red of Rose-hips. Although we saw relatively few small birds along the hedge-line, we did see a couple of Chaffinches, some Blue and Long-tailed Tits. Another large flock of winter thrushes, mainly Redwings were feeding among sheep on the parkland to the west of the path. Also this side, two Tree Creepers were seen climbing one of many Oak trees and a Great-spotted Woodpecker was seen briefly high in bare branches.

We also came across a patch of much degraded Giant Funnels Leucopaxillus giganteus in the grass near Oaks and in better condition a few Field Blewits Lepista saeva along our grassy path. A large flock of Rooks and Jackdaws wheeled in the wind over more open ground on the east side of the path.

Continuing northward we passed through woodland, to parkland beyond where the most notable addition to our tally of birds were several Nuthatches and the fleeting view of a Buzzard.

We retraced part of our route, before heading toward the churchyard at Corsham Court. Behind the church is an impressive stand of evergreen Holm Oaks and nearby a male peacock stood under one of several large Yew Trees. A wonderful display of lichens and mosses on old gravestones provided extra interest. Crossing parkland back to our cars, we completed the meeting in good time to avoid an advancing rain front, which came later in the day.