While field trips are suspended do share any sightings of interest within the BathNats area. Use the contact form and if you have any photos to share ask on the form for a direct email link to submit them.

Lucy Starling reports: On Sunday 17 January, I had a pleasant scenic walk (about 6 miles) with fine views. Starting from Bathwick/Beckford Road the route took us to Swainswick village (via Grosvenor Bridge and up old A46 Gloucester Road) and returning via Swainswick Lane to Batheaston and back to Bathwick via Bathampton Home Farm field, crossing the railway line at end of Tyning Road and along towpath.

Route avoided very muddy or slippery footpaths or fields. Not much birdlife but it was good to hear two Song Thrush singing, a pair of Mistle Thrush with 6 Redwing on Lambridge playing field, one Common Gull in a field off Gloucester Road, Green Woodpecker calling, Great Spotted Woodpecker drumming near Swainswick Church and a Greenfinch nearly delivering his full song.

Lovely to see snowdrops and some lambs with ewes in a field at the top of Swainswick Lane near the A46 bypass and Kestrel hovering below Solsbury Hill. No doubt at least 12 Meadow Pipits in longer rough grass in Bathampton Home Farm field below Bathford – saw them on Friday 15.

No further sightings of the Stonechats seen on 5th. While we may struggle to find places to walk locally avoiding muddy footpaths, this route may be good for many Nats members. I am sure a number will be walking the area anyway including popping up on Solsbury Hill.

My friend and I saw very few people apart from along the towpath and I am sure on a weekday there would be fewer walkers and cyclists. 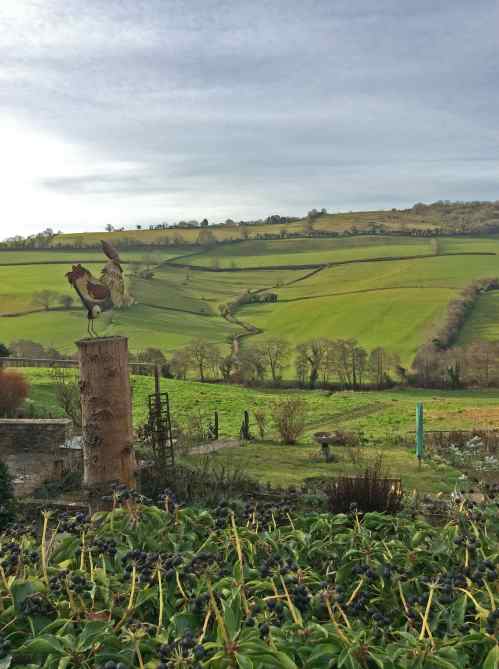 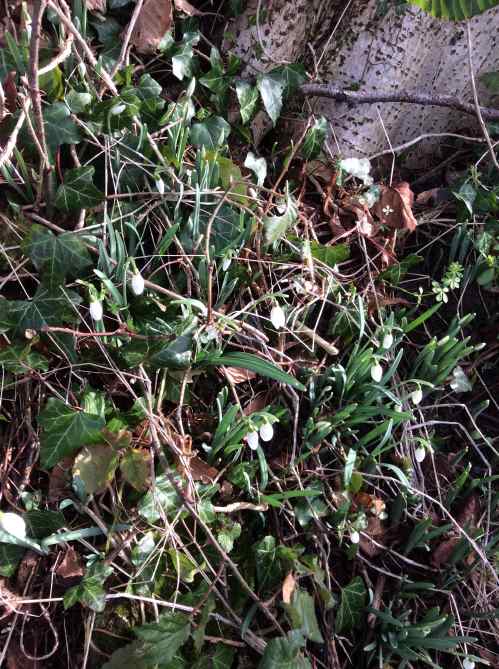 Theresa Bostock shares an observation of carrion crow behaviour: During the summer, visiting carrion crows drank at the bird bath. They obtained very dry bread from elsewhere, and were observed dunking this bread in the bird bath to soften it. They would put it into the water and wait for a short time, before retrieving it, and flying off with it. My next-door neighbour also observed this behaviour at her birdbath.

One day there was a piece of sawn wood floating in the bird bath, surprisingly large for a crow to have put there; however, there was no other explanation. The piece of wood was removed from the water and left nearby, only to be returned to the bird bath.

Later in the summer two juvenile crows were frequent visitors. One of them tried dunking a small hard green apple, found on the ground after the “June drop”. It was clearly unsuccessful at softening the apple. On another day there was a small stone in the bird bath, presumably to try to soften it.

In the winter we have seen crows softening their dried bread in puddles on the tarmac driveway. Then a few days ago we saw a crow at the bird bath picking up the small triangular pieces of broken ice floating there. After trying a couple of pieces, it flew off with a larger rectangular piece of ice, about two inches by three. Two days later I saw it fly off with another piece of ice of a similar size. But why the ice?

Lucy Starling reports: On 2 February walking along the towpath from Beckford Road to the field below the railway line at the end of Tyning Road/Charlcombe Homes, between 9-11am, I encountered x 10 singing Song Thrush (one was probably behind the church off Mill Lane). Two birds were singing close to the towpath and clearly visible. One included a mimic of Oystercatcher call in his song, so perhaps he had been to the coast recently.

Other observations included small flocks of Redwing, a pair of Greenfinch in the hedgerow along Tyning Road. several Great Tit singing. A pair of Raven calling to each other and flying together over the Bathampton Home Farm field (see photo of this patch again with flood water). As expected, a good number of  Meadow Pipits, Pied Wagtails and Black-headed Gulls around the flood waters.  Sadly, no Siskin (yet) in alders. 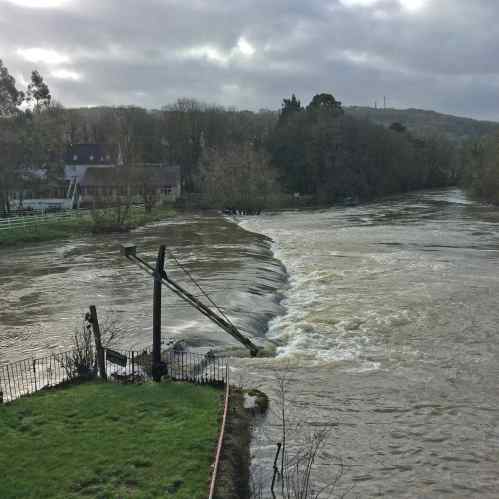 I did hear the “yaffle” call of a Green Woodpecker and it was great to see the male Kestrel, again, flying over the field from Bathford and alighting on a pylon.  Pair Mistle Thrush in flight close to the church and school flying from the direction of the Tollbridge. Am amazed I have not heard this species singing yet this winter.

A Blackbird is now singing regularly in late afternoon in my Bathwick garden. (I managed x 14 species for the Big Garden Birdwatch on Sunday morning  – no show during the hour of regulars Goldfinch, Greenfinch, Song Thrush and pair Nuthatch – all around my feeders the day before!

I look forward to reading more reports from members of Bath Nats who are getting out and about looking and listening as Spring is coming our way for sure.