While field trips are suspended do share any sightings of interest within the BathNats area. Use the contact form and if you have any photos to share ask on the form for a direct email link to submit them.  Above is a raven on the finial topping Beckford’s Tower, Lansdown, by David Hall. And don’t miss our lockdown log for the previous months.

Lucy Starling reports: In the last two weeks, I have made several visits to Bathampton Down, around the golf course and around perimeter of the sports field close to the Cats and Dogs Home off The Avenue.

I have never seen the grassland around the golf course looking so lovely as it has done this year, and especially over the last two weeks. Good patches of Marjoram, great for bees and butterflies like the Small Copper. Wild Basil too and lots of Field Scabious, especially up Quarry Road, close to the University. There are clumps of Harebells not far from the Wansdyke wall. Nettle-leaved Bellflower can be found on edge of Bathampton Wood, just before you enter Bushy Norwood through the metal gate (golf course end).

On Thursday morning 6th August, with another Bath Nats member, saw a Painted Lady – photographed by Carole Catling from her mobile phone. It luckily landed right in front of us! I will be up around Claverton again over next the few weeks looking for Clouded Yellow butterflies and migrant birds such as Yellow Wagtail and Whinchat, birds on the move now. So many beautiful delights to be found close to home! 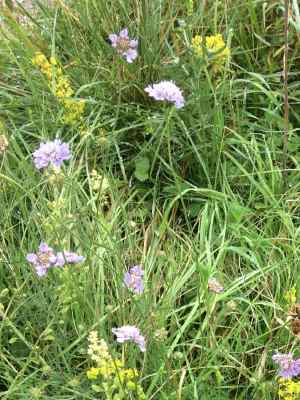 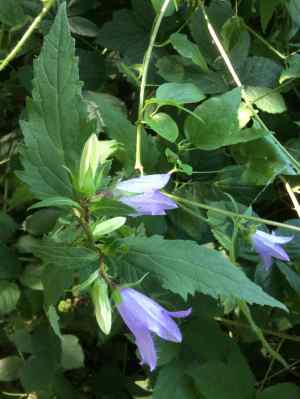 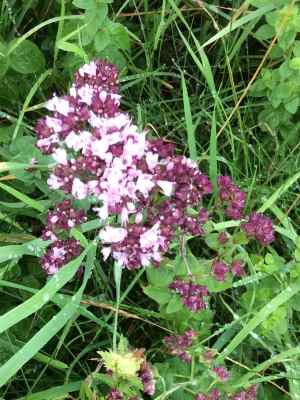 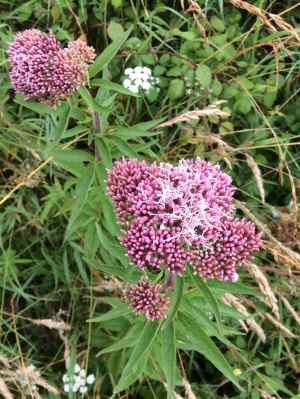 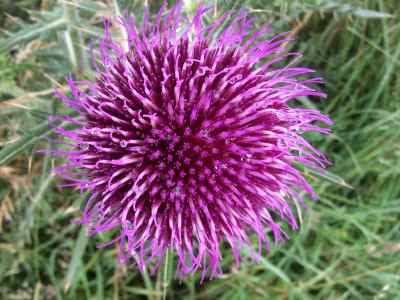 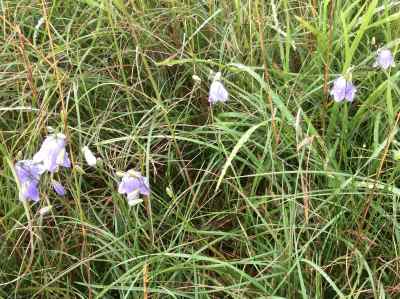 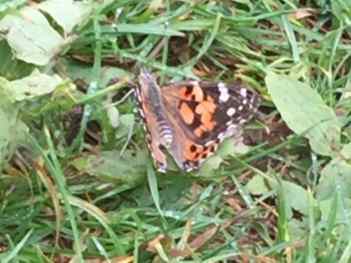 On Sunday August 9 I found a Hummingbird Hawk Moth around Field Scabious on the stone wall above Quarry Road (off North Road). On the golf course nearby, a Clouded Yellow butterfly flew at some speed across the course, both migrant insect firsts of 2020 for me.

On Tuesday  August 11, with two fellow Bath Nats members, I had brief views of a Common Lizard in the short grass among the stones in the wall above Quarry Road, ideal habitat for lizards and we could hear scuttling in the dry vegetation.

At Bath University pond we found Hornet Hoverfly (Volucella zonaria) on Hemp Agrimony. The Grey Heron was most obliging.

We disturbed a Jersey Tiger moth as we walked down North Road.

There were still a few Silver-washed Fritillaries about. 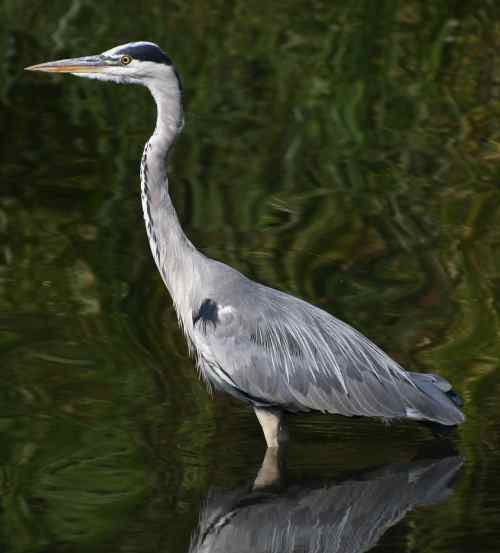 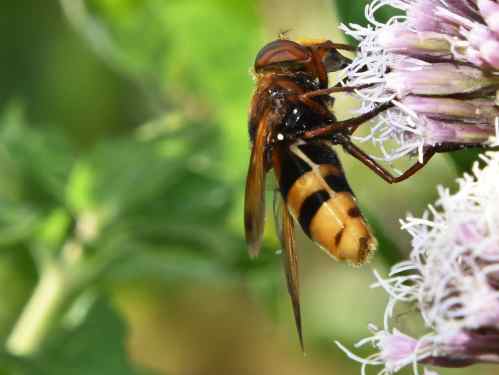 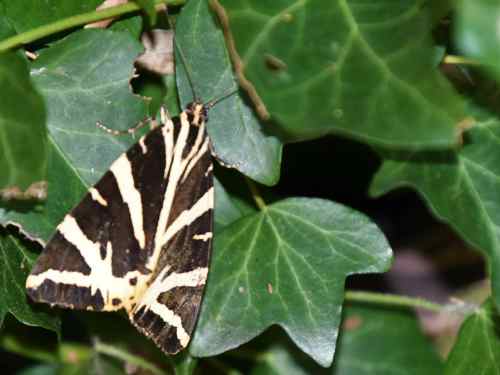 John Rawles and Clare Herbert visited Hazelbury Common near Box on Friday August 14. John reports: Despite damp conditions we found many Silver Y moths, with the usual Meadow Browns. Shaded Broadbars were plentiful, and we also saw a spider trapping a bee in its web. I would recommend this easily-accessible spot for its varied habitat where I’m sure that more experienced naturalists than myself would be able to identify a wide range of plants and birdlife. 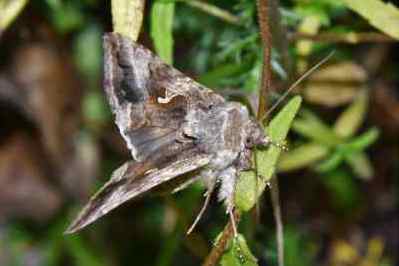 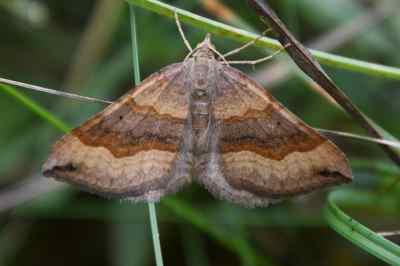 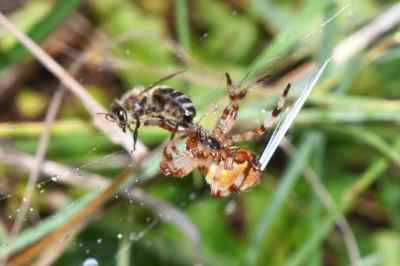 Alvan White photographed this parasitic wasp on umbellifer species in Carrs Wood.on 7 August 2020. Separately, at home in Southdown, a similar or the same species was observed investigating what are considered to be Small Scissor Bee nest holes, created by woodworm. 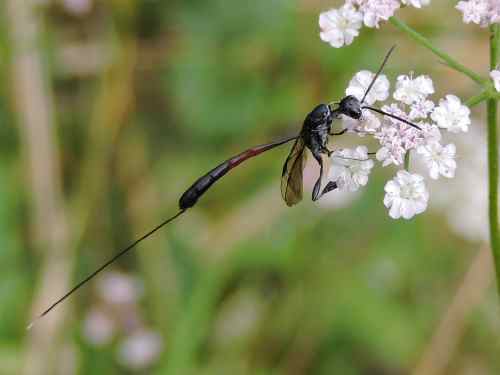 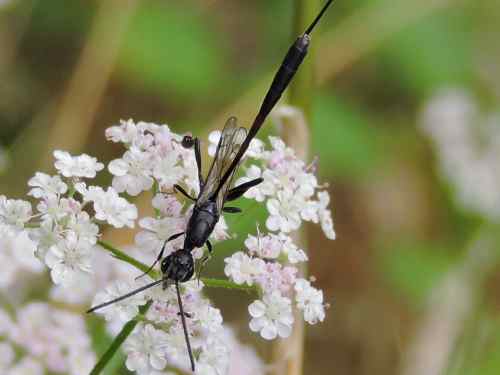 Lucy Starling reports: “I met up with Terry Doman at the American Museum, Claverton, on afternoon of 26 August, to explore the wonderful gardens which were formally re-opened in September 2018 after landscaping alterations and new planting.

The gardens have been humming and buzzing with the sounds of insects during the summer and I was recommended to visit.

On a beautiful sunny afternoon, we enjoyed the glorious array of colours and were very lucky to see Simon, one of the gardeners there, who said he could show us a Wasp Spider. Terry managed two photographs, not particularly easy due to the location of the insect.

I last saw this species on Portland, Dorset, well over 10 years ago in late Autumn. Seems they have crawled their way further inland – one has been seen at Elm Farm, Burnett this summer. So, keep a look out for this most attractive spider and its distinctive web.” 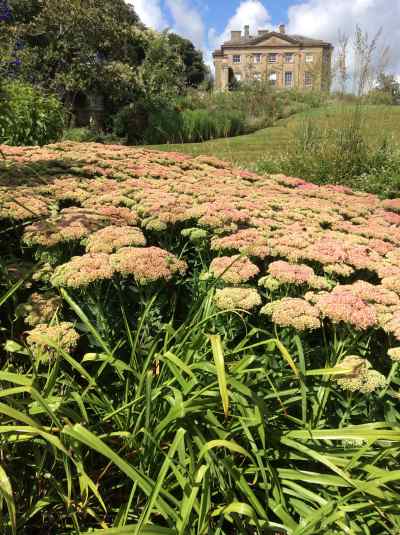 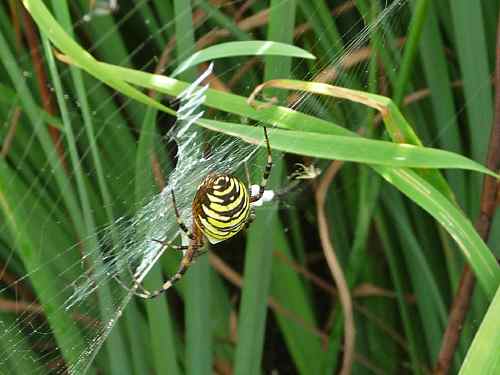 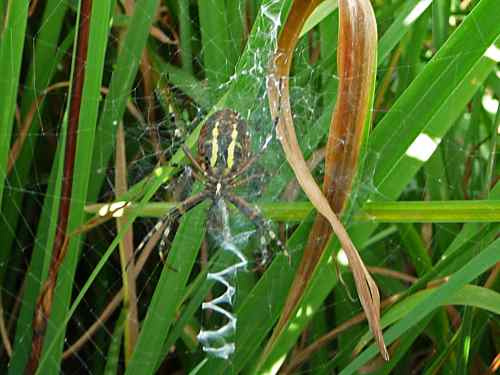 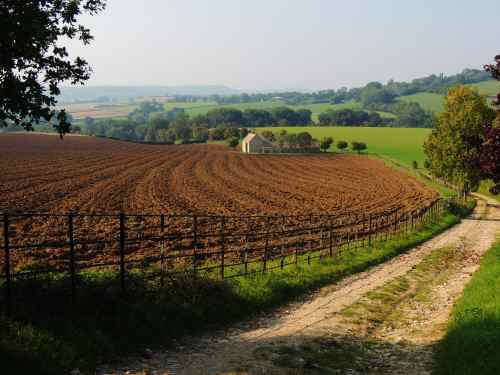 Lucy Starling reports: During a pleasant 4-mile stroll at Colerne on a breezy and sunny Sunday morning on 20 September it was good to hear Greenfinch and Chaffinch and a few Linnet and Buzzards noisily circling overhead.

Hot spot was the ploughed field below Euridge Manor Farm, as we walked the grassy field edge with a hedgerow and stubble field to our right – Skylarks, Meadow Pipits, Pied Wagtails, and one female Northern Wheatear.

I was getting frustrated as I could hear the call of Yellow Wagtails but was not connecting with the birds. I got lucky when we came across some cows – see photograph and found two Yellow among the Pied W around the hooves of the cattle (also saw and heard Grey Wagtail here) – so happy! Only one Swallow but several Chiffchaff among hawthorn bushes and some sub-song from a Blackcap. 29 species recorded.

Added Common Shrew to my Lockdown mammal list (species recorded on sites walking to and from home). It ran across very close to my feet near the metal gate entering the field beyond Grosvenor Bridge (on my way to meet Lis in Batheaston car park). Thanks to Lis Allen for some lovely photos.

Lucy Starling reports: I enjoyed a short walk around the Colerne “plateau” with fellow naturalist Lis Allen on October 13. From the start, lots of calling Skylark, Meadow Pipits, Pied Wagtails and a male Stonechat which we located in and around a ploughed field opposite the airfield.

As we walked along a path through trees alongside the field, I heard a quite high-pitched piping call a few times which I believe could have been Golden Plover. Lots of Robin song along the route and a few Chaffinches and just one Chiffchaff heard calling. I was surprised not to see a Red Kite, and no Ravens or Buzzards that are such a common sight now around Bath.

Countryside looking lovely in the autumn sunshine and lots of berries around for the Redwing to eat in due course. At the end of the walk back at the ploughed field off Doncombe Lane, a number of Common Gull had appeared – this species comes to us in late autumn and winter and often can be found in fields on high ground such as Claverton or Lansdown. 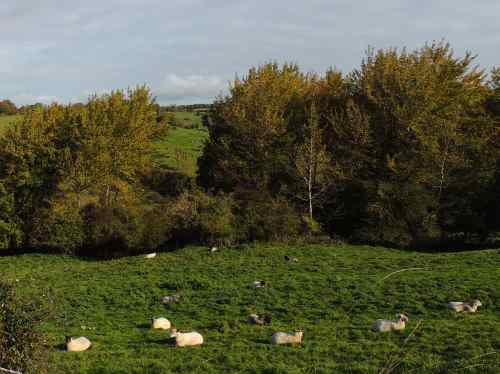 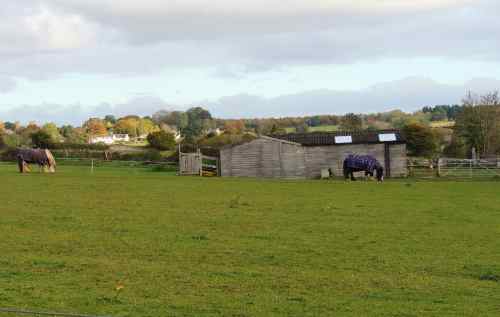