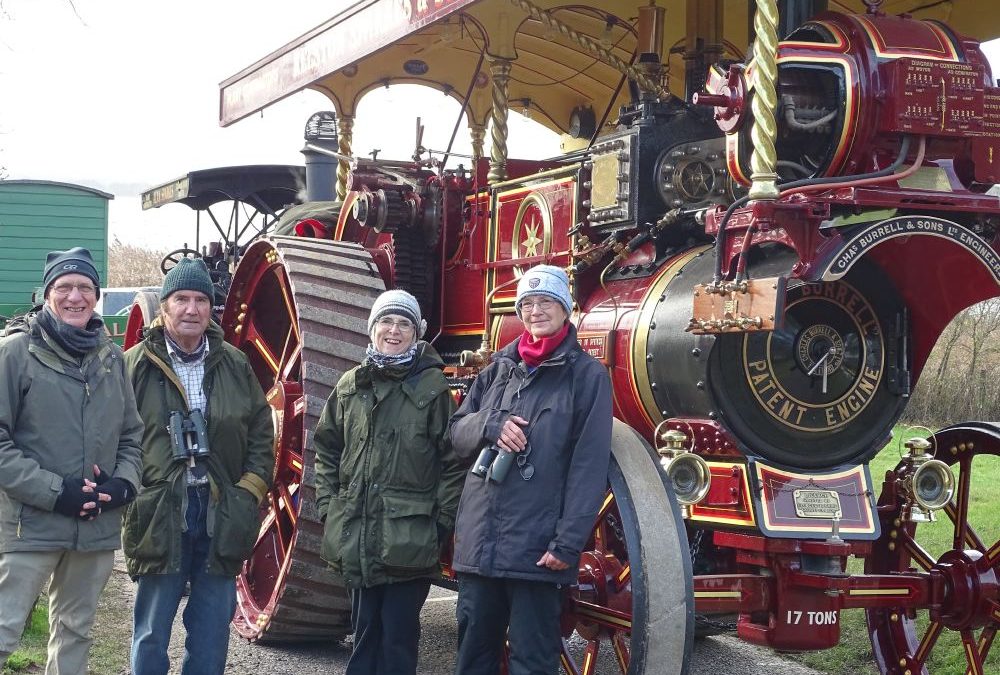 Four members joined the leader for a day at Chew Valley Lake. We met at Herriot’s bridge on a cold and windy day with the threat of rain. The water levels were high due to the recent weeks of rain. There was the possibility of a rare American Green Winged Teal that had been reported recently at Herriot’s Bridge and this was searched for, but not found.

Most of the common teal were sheltering under the bushes on the far bank and difficult to see. Tufted, Pochard, Mallard and Shelduck were on the small pool and on the other side of the bridge on the main lake were large quantities of Coot and good numbers of Great Crested Grebe. In the bushes close to us was a small group of six Reed Bunting.

We then drove around to the (Salt and Malt) cafe’ car park and were surprised to find two steam engines (in steam) who had turned up for lunch. On a log seat Alan Rayner and Lucy Delve spotted a fungus, which Alan confirmed was a Split gill (Schizophyllum commune) photographs by John Garrett. We then drove to Woodford Lodge and saw Goosander and finally to Herons Green Bay for good views of Great White Egret and Goldeneye. 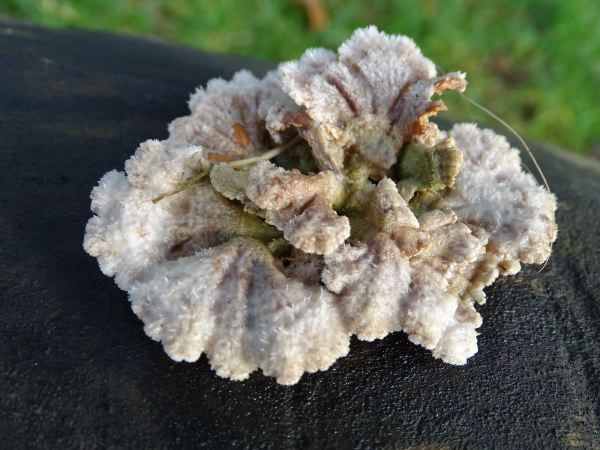