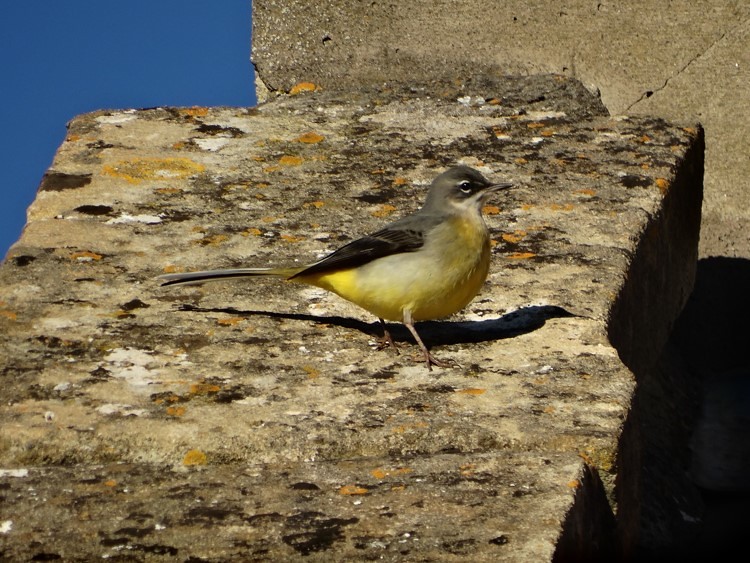 Under blue sky, on a beautiful frosty morning, eleven of us met at Barton Farm. The farm features many buildings recorded in the late 1360s including the large Tithe Barn. We began with a quick look inside the barn; with its wide, clear span cruck roof, this would have state of the art when built.

We then joined the Kennet and Avon Canal towpath and headed towards Avoncliff. Along this stretch we watched the first of three Kingfishers seen on our walk. Approximately half way to Avoncilff, we crossed a footbridge, over the canal, near a water treatment plant. Here we encountered a flock of small birds, mainly Long Trailed Tits, but including; Wren, Robin, Goldcrest, Blue and Great Tits. We watched a Tree Creeper climbing canal side trees, a Sparrowhawk was also seen briefly here.

Passing a kissing gate, we walked the path over frosty pasture up to the woodland on the Westwood side of Avoncliff. The woodland of Ash, Hazel, and Oak was very quiet except for the piping of a distant Coal Tit. Hard frost shrivelled moss, lichen, and Harts Tongue Fern underfoot. The woodland path slopes up to meet the Westwood Road down to Avoncliff, our next stop. From the aqueduct here, where the canal crosses the Avon valley, we stopped to take in the fine views of River Avon.

While warming in sunshine, we saw a Little Grebe below, a distant Grey Heron, another Kingfisher. A Grey Wagtail called and was located on nearby buildings, where it posed for the picture taken by John Garrett. We began the return journey along the section of canal from Avoncliff to the footbridge used earlier, avoiding the recently flooded riverside path. Then leaving the canal, followed the lower tarmac track which follows the River Avon back to Barton Farm. Marking the start of this track, a bare Spindle Bush laden with pink berries contrasted with autumnal green of surrounding vegetation. Our third Kingfisher was seen on the river here.

I was disappointed not to see any Ravens. I had seen two the previous week flying into a large stand of Redwood Trees, across the river near Bradford on Avon. We ended the walk on the packhorse bridge by Barton Farm. As we stood there, a Grey Heron flew over the bridge past us and a small flock of Goldfinches alighted on a nearby Alder. A nice end to a lovely walk. 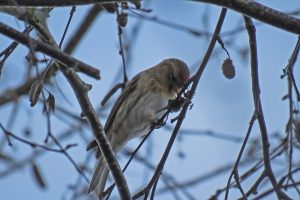 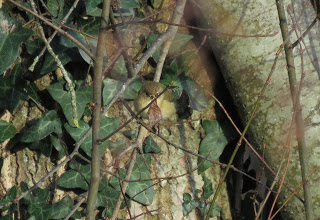