Despite pretty much ideal birding weather: sunny, not cold, light/moderate breeze, my party of 11 members, sadly, had little to see or hear. I was amazed that I found not a single Greenfinch nor party of Goldfinch during our walk from Beckford Road to The George at Bathampton! We only encountered a handful of Blue, Great, and Long-tailed Tit, a Coal Tit in song (not seen), one Redwing, a couple of Blackbirds and we saw and heard a number of ubiquitous Robins. As is usual these days, no shortage of Wood Pigeons, Jackdaws and Carrion Crows and I had a brief view of a Jay in flight. I was relieved when I found the Mallards near the pub and that the pair of Mute Swan had put in an appearance along with a fly-over Cormorant! 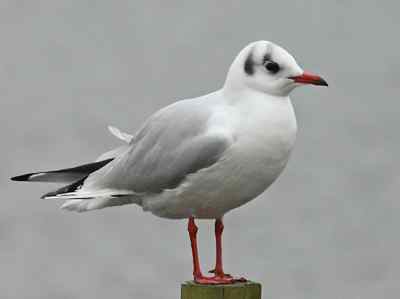 Taking a break at the Tollbridge, overlooking the fields with sheep towards Bathampton Meadows reserve, we could see the Cormorants on top of one of the pylons. A Grey Heron flew fairly close to us but the Raven in flight which I called was too distant for many to locate. At least a small party of Black-headed Gulls flew over the river calling and that lifted my spirits somewhat.

The small rookery by Bathampton Mill was almost devoid of Rooks (far fewer nests than some 10 years or more ago). Two birds of prey came to my rescue, so to speak, an obliging Buzzard that a keen-eyed member drew our attention to; the bird sitting motionless on a large branch, and a female Sparrowhawk who skimmed over the field by the cycle/footpath and alighted on top of a hedge.

We then meandered into St Nicholas churchyard, where there were no birds at all and proceeded down Tyning Road to the Bathampton railway crossing into Bathampton Farm field and I headed out into the middle part to flush some Meadow Pipits. I managed two birds, possibly three, and a Pied Wagtail and, thank goodness, there were a handful of Redwing which called too. A Dunnock emitted its sharp high pitched alarm call from cover, and, likewise from cover, we briefly heard a Wren singing. We returned to the Beckford Road via the towpath (where we added a Moorhen to our very modest list of species). With the towpath now very busy, we diverted to take the route over the fields via the stone stile and I showed members the ditch where my Sedge Warblers raised a family over the last two summers. Sadly, the party of 13 Meadow Pipits I had found on my recce on Tuesday 4 January had gone.

I am looking forward to traversing the entire route as shown on the map of the walk which you can download from the Bath Nats website (download here) when my right foot is up to 4-5 mile walking. And, of course, I eagerly await the return of Sedge Warblers and Common Whitethroat to my local patch in April.