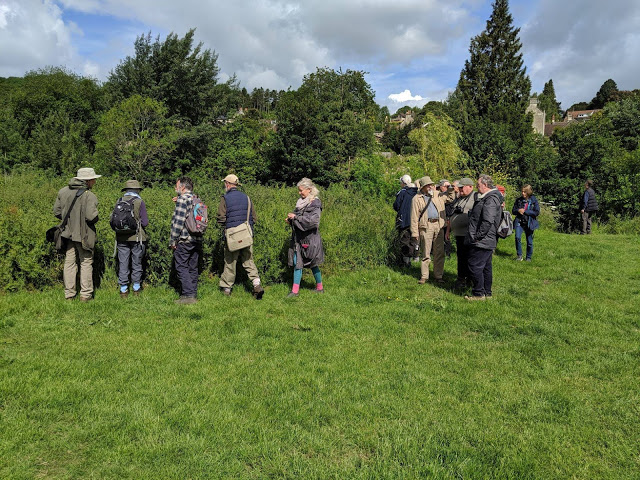 Thanks to all who turned out on an overcast but warm day,credit must be given to Peter Fear and his team for keeping the riverside path as wildlife friendly as possible.We took a steady walk along the river path and then on to the private nature reserve with plenty to see and discuss throughout.
I would also like to thank all who kept records during the walk, below are a list of findings, with plenty of photos on https://www.facebook.com/groups/127504944553098/ .

3, Red-eyed 1.
Parasitic wasp with aphid carcass on the Oak leaf was Discritulus planiceps .
Fungi
Spring Fieldcap ( Agrocybe praecox) and Wrinkled Fieldcap ( Agrocybe rivulosa) mushrooms, respectively in grass and on a wood chip pile. The latter species was first described in 2003 and first recorded in the UK in 2004, since when it has become widespread.